#18 Jason Garner on Healing the Child Within

08 Sep #18 Jason Garner on Healing the Child Within

Posted at 21:48h in Podcast, Uncategorized by Ronsley Vaz 2 Comments 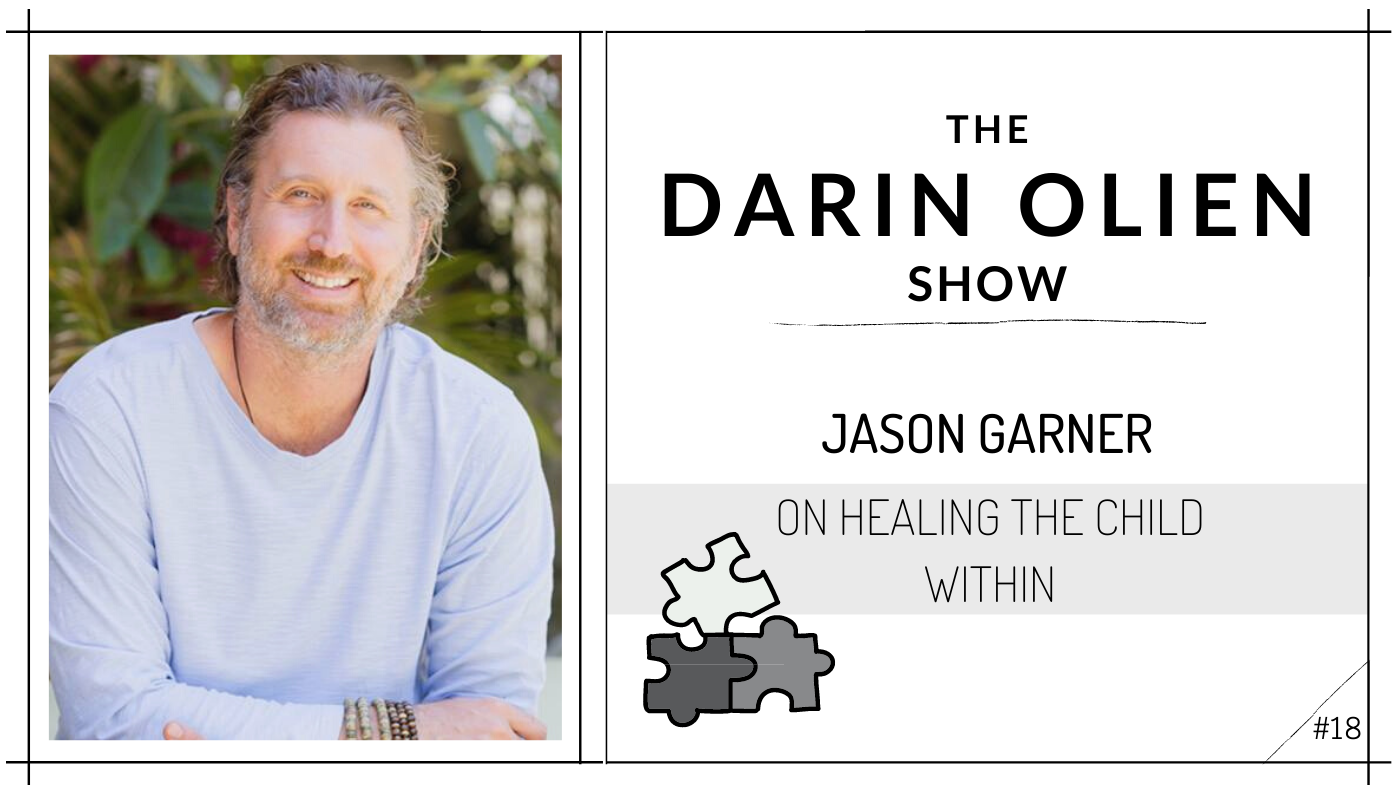 There’s a lot of pain in the world. There’s a lot of anger, a lot of frustration. Maybe the reason why nothing is getting solved is because we’re all approaching problems from a childish perspective. Growing as a person isn’t just about healing your present wounds. It’s about healing the child within us, and finally moving on from past pain.

On this podcast, you’ll hear me, Darin Olien, “the superfood hunter,” have inspiring and enlightening conversations with extraordinary people from all walks of life. Although our ideas and approaches to life may differ, our ultimate goal is the same- to save the planet one conversation at a time.

If you’re interested in expanding your view of the world by learning new perspectives on health, nutrition, and healing the planet, and want to learn more about society’s Fatal Conveniences™- the things we may be doing because the world we live in makes us believe we have to, even though they may be doing harm- then this is the podcast for you.

From the outside, it seemed like Jason Garner had made it.

Jason grew up with a single mom who worked three jobs just to get by. Living in a trailer, having to sell sticks of gum to buy hot lunch at school, he equated happiness with money. Like many of us, he assumed once he had money things would be so much easier. Spoiler alert: it wasn’t.

In high school, Jason got his first real job working at a flea market. Being able to make twice the minimum wage and overtime meant big paychecks for a teen. He worked his way up to the beer tent, where he was tasked with recruiting local bands to bring in more customers. This organic experience gave birth to a lucrative career as a concert promoter.

In 2009, Jason found himself successful, rich and the CEO of an international music company. Then the death of his beloved mother sent him into a tailspin. He began to realize that the life he created was based on a lie. Money wasn’t filling the void inside.

So he decided to completely change his life. But waking up not knowing who he was anymore was terrifying. So after some listless wandering, he found a spiritual teacher and began to meditate. That’s when the healing began.

In this incredibly heartfelt conversation, Jason and I get into the hard reality that we all have a lost child inside of us calling the shots. It’s only when we explore that pain and figure out how to heal that we can start guiding our life with intention. Jason tells me why he decided to write his book And I Breathed, and how it’s facilitated his journey. This is a conversation everyone can benefit from. And it definitely parallels the woes of the world right now.

Other insightful tidbits in this episode:

Get in touch with Jason

…And I Breathed – The Book

Netflix’ Down To Earth’ Official Trailer