Posted at 22:27h in Podcast by Ronsley Vaz 0 Comments 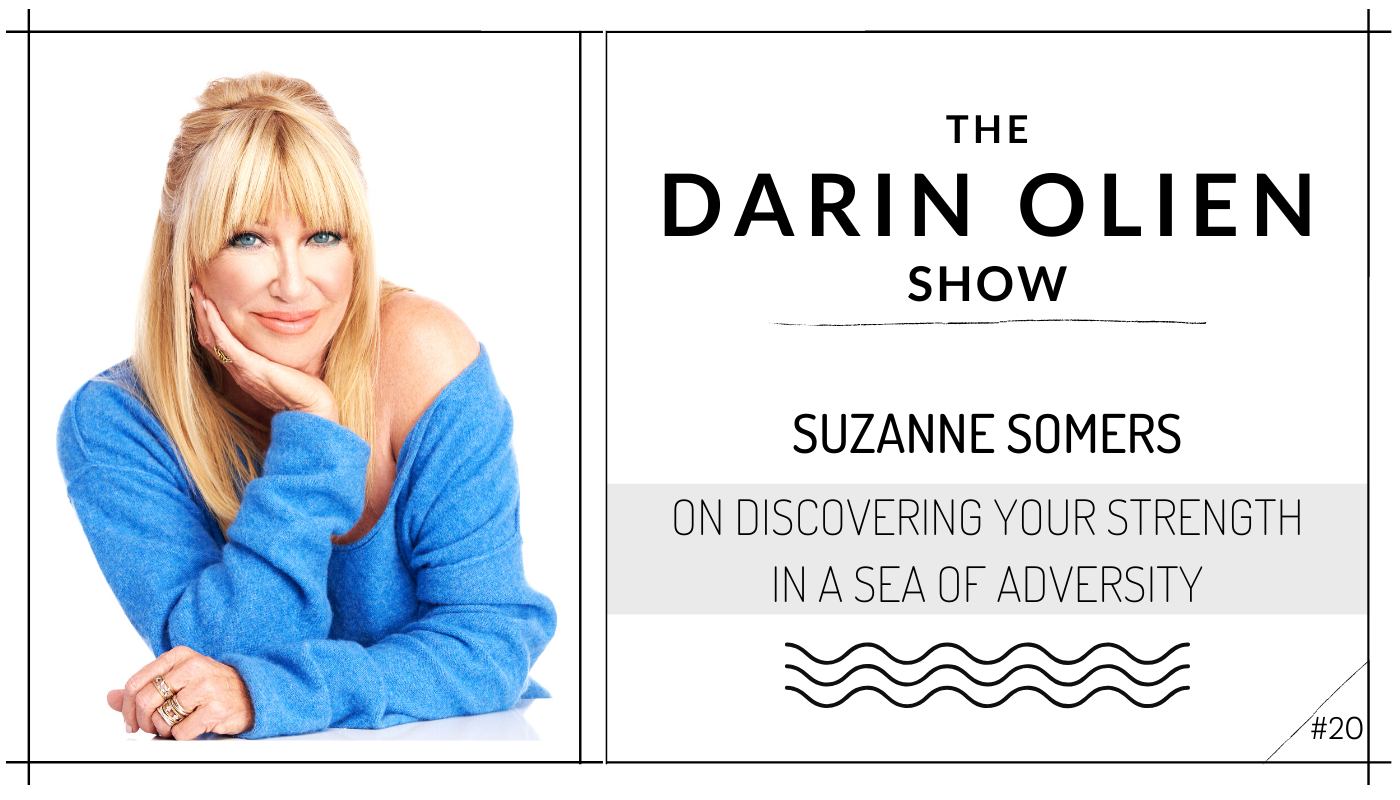 Life is a journey that you can’t plan out. When we hit inevitable roadblocks, it can be hard to see any other way than down. During these times of adversity, each of us needs to find our strength. One way to do that is to take from the negatives in your life and use it as fuel to create your power.

On this podcast, you’ll hear me, Darin Olien, “the superfood hunter,” have honest conversations with the extraordinary people that inspire me. I hope that through their knowledge and unique perspectives, they’ll inspire you, too.

Although our ideas and approaches to life may differ, our ultimate goal is the same- to save the planet one conversation at a time. If you’re interested in expanding your view of the world by learning new perspectives on health, nutrition, and healing the planet, this podcast is for you.

In 1977, Suzanne became a TV icon. She played the cute blonde on the hit TV show, Three’s Company. When the star asked for the same salary as her male counterparts, she was quickly booted from the show and labeled a “troublemaker.”

While the industry was busy shunning her, Suzanne was secretly reinventing herself. She had stopped focusing on what she didn’t have and built upon what she did have- visibility. The show had made her a household name. So she took that name to pursue a dream career in Las Vegas.

Soon she was starring in a big production, with all the razzle-dazzle you’d expect in Vegas. By 1987, she was named Las Vegas Entertainer of the Year alongside the legendary Frank Sinatra.

As 2001 rolled in, Suzanne had a significant setback. Her terrifying diagnosis of breast cancer forced her to take charge of her health, and her life. With her signature “I’ll show you” attitude, she ultimately won the battle.

In this eye-opening episode, we get a glimpse behind the curtain of what makes Suzanne such a successful entrepreneur and health advocate. We look at how she found strength and reinvented herself, even with the odds stacked against her. Suzanne also tells us the motives behind some of her most iconic books, Breakthrough, Tox-Sick, and Knockout. You don’t want to miss this conversation. [

Other Insightful in this episode:

Netflix’ Down To Earth’ Official Trailer