Be Courageous and Speak Your Mind

25 Aug Be Courageous and Speak Your Mind

There’s a difference between being fearless and courageous. It can be so terrifying to speak your mind, especially in today’s divisive world. You should do it anyway.

I sat down with my friend, Ronsley Vaz. Our conversation was recorded pre-pandemic, and before the protests against racial injustice began to spread across the entire world. Still, the message of our talk is so incredibly poignant for today.

Ronsley is the founder of Amplify, the world’s first audio marketing agency. He and his team helped develop, shape, and launch my podcast. They work tirelessly each week to produce thoughtful and unique podcast episodes for all their clients. Ronsley helps others find their voice, and then he helps them create a platform to amplify it.

I’ve learned so much from this guy, but not just about podcasting. Sure, he knows all the technical stuff about recording, mixing, editing, posting, etc, but he also holds some pretty valuable lessons on the importance of finding your voice, and using it. 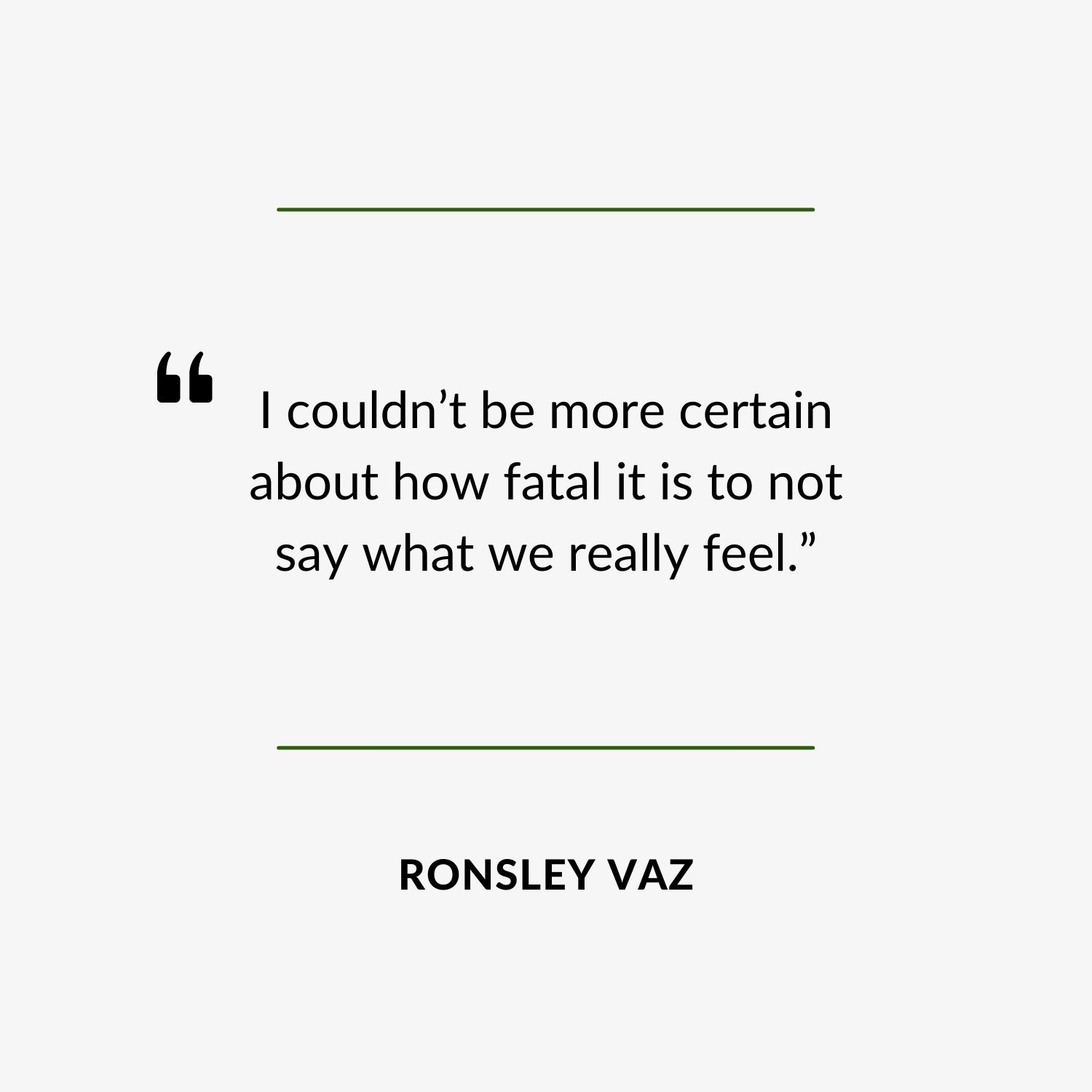 Ronsley likes to say Amplify is “an overnight success that took eleven years to build.”  His entrepreneurial journey started so far away from the podcasting world, it may as well have been in another universe. Ronsley’s love of creative cooking led him to start a restaurant venture that failed miserably (his words, not mine).

Mourning the loss of his dream, he was $500,000 in debt. Newly married and facing immeasurable pressure to dig himself out the hole he had created, he tried his hand at working as a chef at other restaurants. It didn’t work out.

Knowing he needed to figure out a path forward, an idea struck him. He quickly formed a service that connected chefs to time-poor entrepreneurs that needed help preparing healthy meals for the week. It was successful! And it led to the idea of starting his first podcast, Bond Appetit.

Much to Ronsley’s surprise, his podcast quickly gained an audience of over 1 million listeners in four and a half months’ time. Friends started coming to him asking for help to start their own podcasts. The technical side of things came easily to him, so it was puzzling. “I couldn’t understand why they thought it was so hard,” Ronsley said.

Then he had his lightbulb moment. He quickly got to work selling spots for a podcasting training course, which were gone before he had even created the course. In two years, he was able to pay off his massive restaurant debt and create a name for himself in the podcasting world. 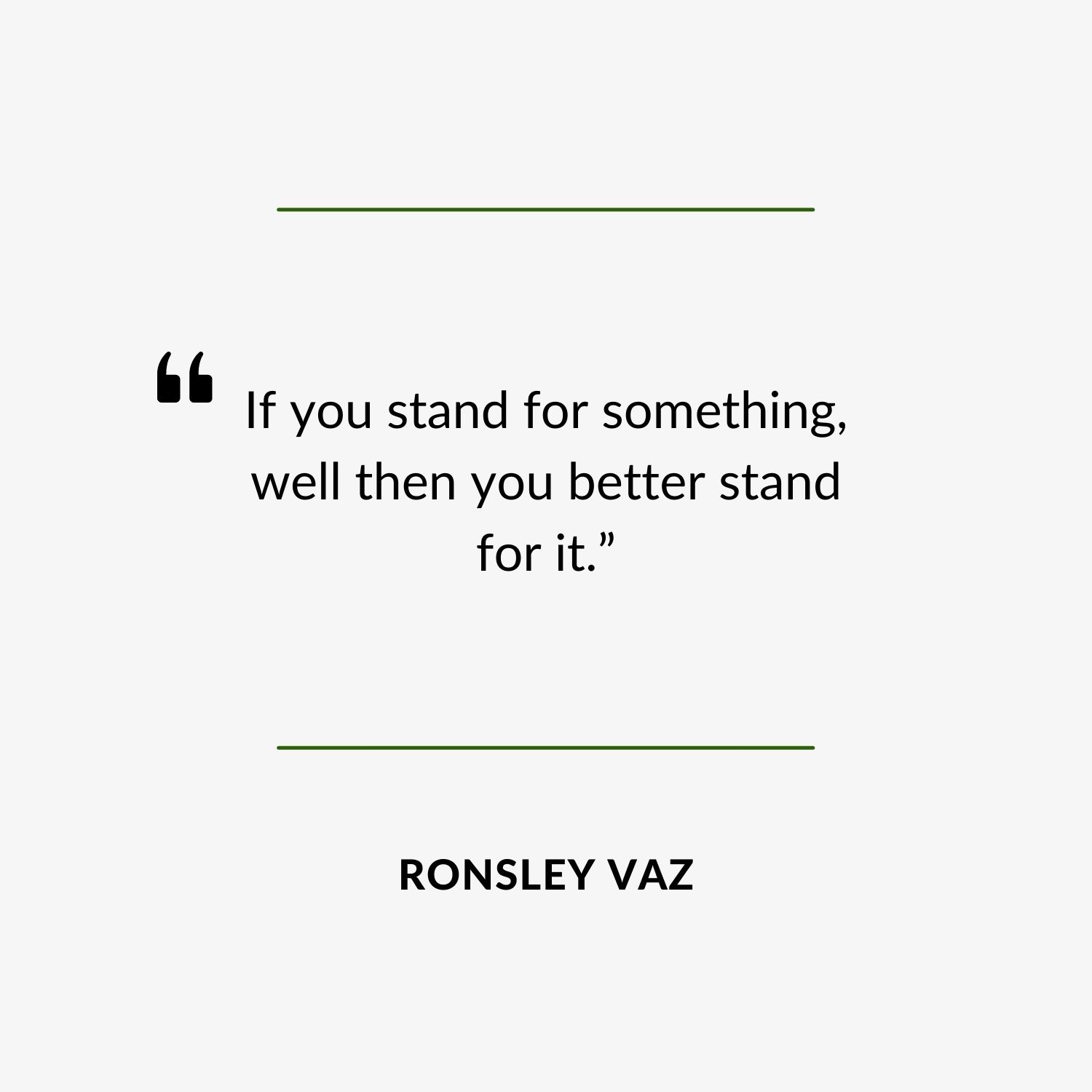 Spreading his love and knowledge of podcasting was how Amplify was born. Ronsley helps others find their voices, but his purpose was a little cloudy at first. “The sense of the why was not so clear, as it is now. It’s just been getting more and more clear over time,” he explains.

It didn’t take long to see the effect that being courageous and speaking your mind had on people. As clients were launching their podcasts and finding their voices, he saw a visible shift in their confidence and well-being.  “The knowing about wanting people to have a voice came a lot later because I was seeing what was happening to people once they found it,” he mused.

This new understanding struck a chord with Ronsley because it gave him some perspective on his own voice. Growing up in India, speaking up to your family or your elders, was seen as disrespectful, and it instilled a kind of fear in him to keep his thoughts to himself. “I realized that I did not have a voice growing up,” he explained. “I did not have a say at the table.”

That kind of fear about saying what’s on our mind exists in all of us, to some extent. But like Ronsley says,

“There’s a difference between being fearless and being courageous.”

And he’s right. That fear may always be there. You may be scared of hurting someone’s feelings, alienating a friend, or attracting disdain or hate of some kind for being honest. Say it anyway. Speak out anyway. Not only is it necessary, but it’s important to set an example for others. Breaking through your fear and finding your voice gives other people the unspoken permission to do the same. And that’s powerful.

For more on my conversation with Ronsley about speaking your mind, click here.