How Being Open Leads To Life-Changing Opportunities

16 Jun How Being Open Leads To Life-Changing Opportunities

What would your world look like if you were more open to new ideas, acted on opportunities, and just said “yes”?

I spoke to my buddy Steve Wright. To many sports fans, his name may ring a bell. Steve was the former NFL player for the Dallas Cowboys circa 1981. But, did you know he’s also an intensely passionate innovator and entrepreneur?

In my humble opinion, Steve’s life philosophy is similar to that of Forrest Gump. Life for Steve is like a box of chocolates because he never knows what he’s going to get. And, just like Forrest, when an unmissable opportunity appears, Steve just says, “Okay,” and runs with it.

“I can’t recommend it more.” Steve says, “If there’s an opportunity, and somebody, I don’t care what it is going someplace, doing something, starting something, and it even sounds half right, do it. Do not say no.”

Take a Chance on Yourself 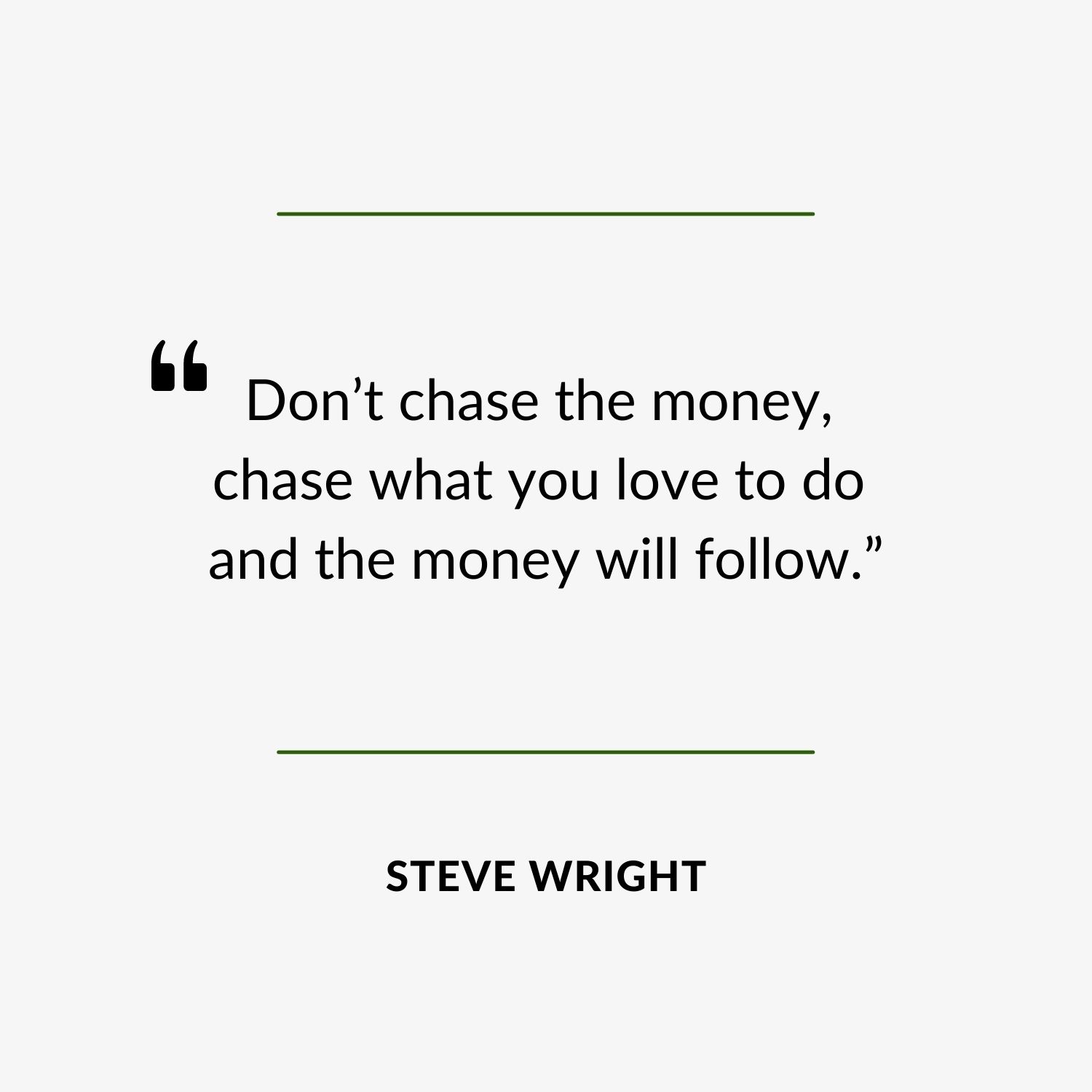 In 1994, Steve retired from a 13-year career in the NFL and founded Cloudburst, Inc, a sidelines misting system to help reduce dust and cool players down.

But, the company never would have existed if he hadn’t decided to have a few margaritas in a Mexican restaurant and act on a crazy idea.

“I was over in Palm Springs about a month before training camp started,” he says. While sitting in this restaurant, he noticed there was a stainless steel pump system puffing out a fine spray of water.

“There’s mist blowing around this restaurant, and it was keeping us cool.” It was in this cocktail infused instant that Steve had a lightbulb moment. “Wouldn’t that be cool on the sidelines?”

Within days, Steve had constructed a prototype system made up of a similar simple pump system, using stainless steel and water, and asked to set it up on the field. “I had Art Shell come out into the parking lot, who was our coach, and he just said ‘man you’re nuts, get out of here and go home.'”

After Steve had given three desperate pitches, Art finally caved. Although he had his reservations, he gave Steve the green light to use it at the next pre-season game. “It’s August, it’s bloody hot. I went out there with a couple of guys, and we set this system up,” says Steve.

“About five minutes into the game, [Art] came out and grabbed me. He goes, ‘Oh my god, this thing is unbelievable!'”

It was at this moment that Cloudburst Inc. was born.

The Opportunities in Execution

When one door opens, you never know what kinds of opportunities will come flooding through.

It was at this famed pre-season game that things started to stack in Steve’s favor. “Afterwards, this ball boy came over and said these guys in the stands wanted to talk to me about the misting system. It was Hollywood Park.”

Before he knew it, Cloudburst systems were installed in a long stretch of horse stables at the Hollywood Park Racecourse.

That was it. The business had fully taken off.

From spritzing NFL players on the sidelines to becoming a leading global presence in industrial, residential, and commercial misting systems, the business grew, because Steve never skipped an opportunity. “I knew I had an opportunity here if I’d jump on it and do something with it.”

As the years passed, the Cloudburst mist cooling system was so effective that Steve felt compelled to pitch their services for the 1996 Summer Olympics. He went with his business partner, Mike Davis, to Atlanta, “did a little song and dance,” and presented their product in front of the Olympic Committee.

A few weeks after the pitch, Steve gets a call. It’s the head of the field operations. “Congratulations, you’ve been selected to cool the 1996 summer Olympic Games,” said the voice.

“I just start laughing,” Steve explains, “I go, ‘no way, who’s this?'” The man pauses and quietly explains, “Steve, you don’t remember me, do you? I used to shlep these football shoes around to the west coast NFL teams.”

“I came into the Raider locker room,” the voice continues. “You’re the only one that took my shoe and said you’d try it in the game, which helped me enormously.”

Steve’s past act of kindness, and willingness to take a chance had now paid dividends.

It was a pivotal opportunity that would change the course of Steve’s life. “It was pretty moving, that was pretty cool.”

Good karma is definitely an entrepreneur’s friend. Doing the right thing and acting with kindness can lead to huge opportunities later on down the line. So, be a good human; it’s as simple as that.

A massive portion of Steve’s success is owed to a magical, three-letter word- ‘yes.’

When it came to a new challenge, he would grab it with both hands and run with it even if they couldn’t live up to the challenge. “We always just said ‘yes.'”

Be like Steve. Stay open, be prepared to be innovative where it makes sense. And most of all, be driven by passion and have the will to just say “yes”.

For more on my conversation with Steve, click here.