How Looking Back In History Could Save The World Today

The fate of this world is in our hands.

We’re facing ever-increasing challenges in terms of sustainability and climate change. Could looking into history be the answer?

I spoke with my fascinating friend, Chris Patton. If you’ve never heard his name before, that’s okay. He’s more of a behind the scenes kind of guy. Chris is one of those rare ones – he can’t be Googled, and he’s just fine with that.

To be honest, Chris is far more interested in dedicating his life to saving our species and the planet. He continually hunts out new technologies that could make a contribution to weaning us off fossil fuels and bumping our planet’s sustainability.

“My goal on my side, besides trying to reverse the decline of the climate, is to try and save our species from extinction,” he explains. “The mammals are really at the short end of the rope this time. We’re doing everything we can to accelerate that extinction process.”

It All Began In Africa

In the 90s Chris left his comfortable life in the Pacific Northwest to head almost 8,000 miles east to the Ivory Coast in western Africa.

“I got this fax from a friend of mine who was over in West Africa,” beams Chris. “It said, “Chris. Urgent. Investment going sideways. I’ve found gold and diamonds, call me.”

Within five days, Chris was on a flight to the Ivory Coast. Seven days after that, he had liquidated all his stock, sold his real estate, and started the first American gold and diamond exploration company in 1995.

This harsh new world of mining was an extreme learning curve for Chris. Especially because he was slap-bang in the middle of a country that was being ravaged by civil war. “Reflecting on it,” Chris says, “I was amazed at how inexpensively I had managed to keep my gold and diamond operation going, because of sustainability.”

I’d like to mention here, this reflection was during a recovery period when he was safe and sound in Switzerland. This was after he had been shot, stabbed, contained at a POW camp and escaped from Africa with his life with a pocket full of diamonds.

Due to the country’s constant unrest,

“Your supply chain for fuel and supplies is either always getting cut off, limited or vanishes on you. We were running our engines on bioethanol that we were making from coconut milk.”

That was not the only sustainability revelation he had during this period. “It was a cold plasma process that was taught to me by a 94-year-old guy named Burt,” Chris explains.

“It was a way of taking hydrogen, electrifying it so it became atomic hydrogen, and would separate the gold from the quartz.” The best part of this gold-extraction method is that there is no residual toxicity!

“This greedy process oft rying to find a way to melt gold away from quartz to fill my pockets, turned into this long trail of finding a way to get rid of fossil fuels, coal and nuclear energy with technologies that currently exist.”

Old Ideas Could Be The Key 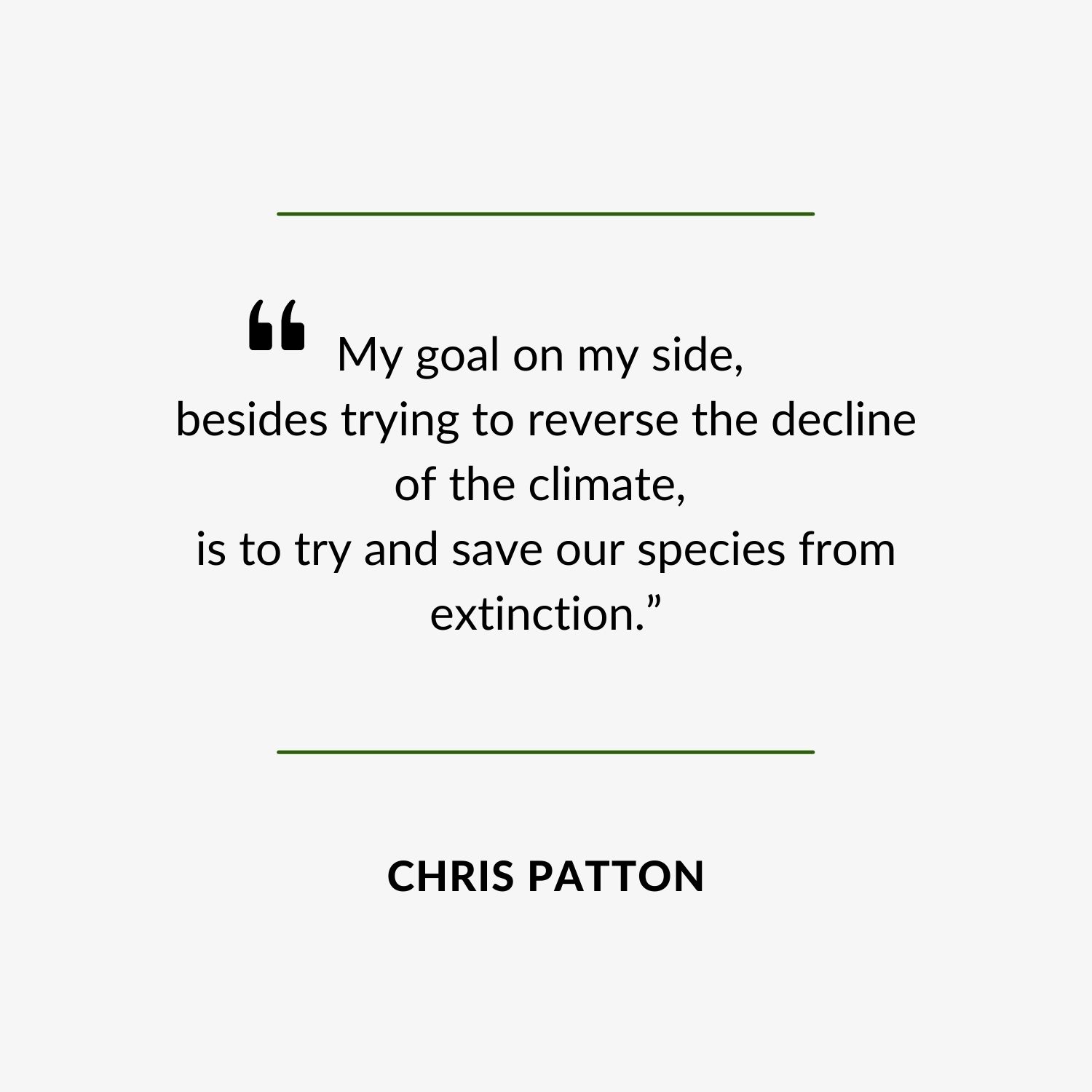 But, what if there was a technology already out there that could eliminate our reliance on the use of fossil fuels and nuclear power?

“Part of my self-training since 1996 has been to find out how many times historically have we succeeded and blown it?” says Chris.

This is where his extensive magazine collection comes in handy, most of which dates back to the 1890s. “You start digging into the stories of the time of how remarkably innovative these people were in the early part of the century.”

Back in the days of yore, it was a scientific free for all- an ‘anything goes’ kind of vibe.

“The physics wasn’t written, they didn’t know,” says Chris. “They would just invent and innovate just bizarre and amazing shit.”

Reviewing what works from a historical standpoint is critical in how we can contend with today’s sustainability crisis. “I noticed that we pretty much solved everything we needed to resolve our ‘energy crisis’ by the late 1930s. The science existed.”

Most of the technology is already readily available. But as always, global politics, ineffective theft of ideas and mishandling of information has made it harder for these technologies to reach the mainstream.

K.I.S.S, or ‘Keep It Simple Stupid,’ is an acronym I can definitely get behind when it comes to saving the planet. In Chris’s opinion, in terms of sustainability, keeping it simple is absolutely the best solution. That solution may lie in the simplicity of generating heat.

“You don’t need to go super exotic,” says Chris. “If you’ve got heat, you’ve got power. We’ve got the mechanical science to put it together. We know how to harness and capture heat, we know how to exchange it with gas that boils at room temperature.”

Just picture this; a world where there are no central power stations. Instead, the power station is in your own home, right there in your basement. “The science exists now, and it has existed since 1938.”

The bottom line is that you can absolutely power society sustainably with already available technology, right now, today. People like Chris are slowly bringing the information we need and the readily available tech to the forefront.

Listen to Chris’ episode on The Darin Olien Show to find out more about how you can power society using old-fashioned technology, today.