Posted at 06:57h in Blogs by darin olien 2 Comments

Spirituality can be a tricky thing. Some people are just born knowing that there’s something different about themselves, that they can tap into something other people can’t. And sometimes that gift contradicts what they’re being taught at home or at church. That doesn’t mean you have to abandon your religion or faith. In fact, it’s the exact opposite. Sometimes exploring your own personal spirituality can enhance your faith and lead you on a whole new path entirely.

On a recent episode of The Darin Olien Show, I sat down with my friend of 25+ years, Lauren Monroe. Lauren is a singer/writer, but she’s also an extremely gifted empathic healer. Lauren discovered her gifts as a small child growing up in Queens, NY. She would have visions of deceased relatives and foresee things in the future. She also felt an urge to heal.

“I always had an inner voice, and a natural tendency to lay hands on animals and people, it was just a natural thing to do,” Lauren says.

Some parents would react badly to these kinds of unusual incidents, but not Lauren’s parents. They were understanding and compassionate and helped her through what she was experiencing the best they could. But growing up in the church, the teachings didn’t always align with what she was feeling inside. So she knew she had to search elsewhere for answers. ‘I started searching. Because I didn’t believe in the dogma that I was hearing, from the religion I was in. It didn’t match my experience,” she explained. 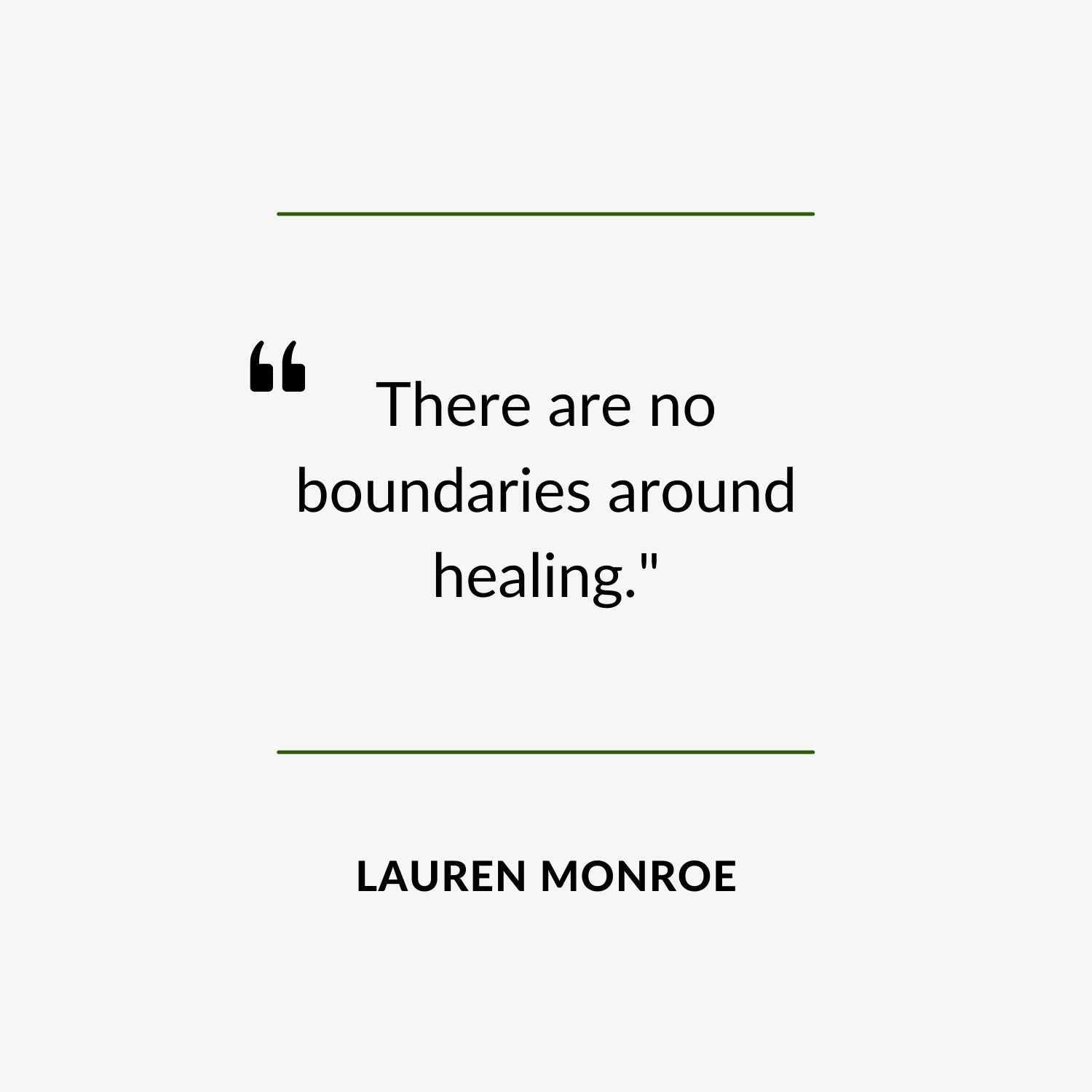 As soon as she was able, Lauren began traveling the world, searching for answers. She learned about energy work from spiritual teachers all over the world. But the most important lesson she learned was how to protect herself from negative energy.

As she was doing massage therapy and bodywork on patients going through chemotherapy, she began to experience similar symptoms that her clients were feeling. This is a common occurrence among empaths, picking up physical or emotional pain from other people.

Lauren finally met a spiritual teacher who worked long and hard with her to establish boundaries. By learning how to visualize her body as a cleaning system, taking in energy and purifying it before releasing it, Lauren was able to keep herself protected.

As well as a passion for the spiritual realm, Lauren also felt a love for music at a very early age. She is so grateful that she’s been able to combine the two worlds into her life’s work. By creating music that she says “awakens the heart to itself”, she feels it helps fulfill her purpose in this world.

Lauren once met a Shaman that told her “Your music is like water. Always remember to make your music like water.” Not knowing what that meant for years, she always held on to the sentiment.

It wasn’t until recently that she had an epiphany. “I write music like water,” she says. “Music, like water, it can take you, like a lake, and you can submerge in the peace of it. Or music can be like a wave smashing you, or it can be rain. Rain that falls on you and you feel the grace on you.”

Find the Answers For Yourself

So go out into the world and find what’s sacred to you.

For more on my conversation with Lauren, click here.