Why You Should Free Your Feet & Go Barefoot

20 Oct Why You Should Free Your Feet & Go Barefoot

25% of the bones and joints in our bodies are located in your feet and ankles. We also have over 200,000 nerve endings on the sole of each foot. The athletic shoe industry would have us believe we need to wrap our feet in padding to protect them, but is that true? Science says not so much.

On a recent episode of The Darin Olien Show, I sat down with Xero Shoes creator, Steven Sashen. Steven was a sprinter in high school, but went on hiatus for, well, 30 years. After picking up running again at 45, he was discouraged by how often he was injuring himself. Every week would come with a new pulled muscle or ankle strain. Then, a friend recommended going for a barefoot run. That’s when everything changed.

“So I take off my shoes, I get out of the big thick motion-controlled padded shoes that everybody told me I had to wear, that most people wear,” Steven explained.  “And I was so fascinated, so enthralled with the experience of feeling the ground under my feet on all these different surfaces.” 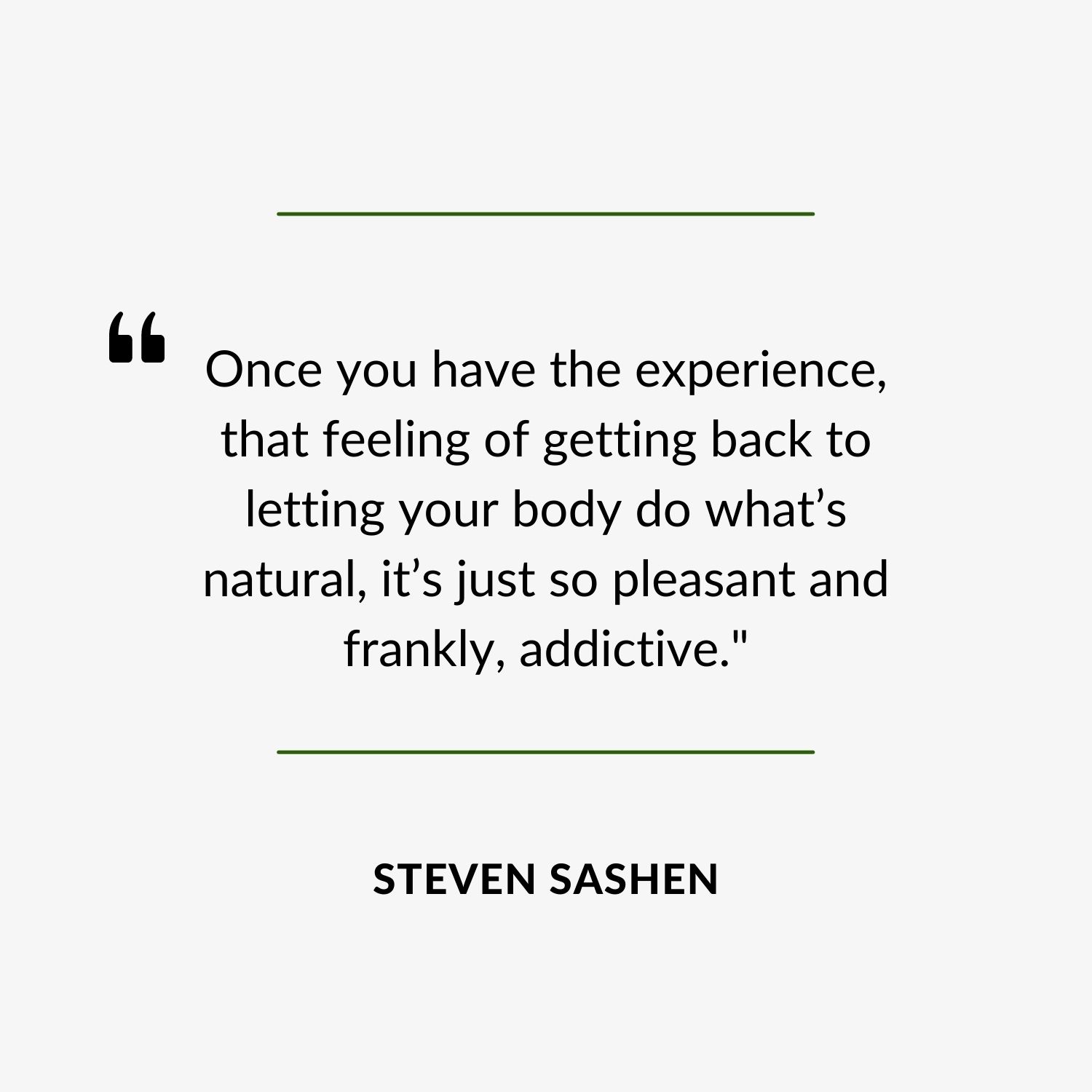 Steven’s mind was blown after his very first barefoot run. 5K felt like a few yards. How was this possible? “If we think about it, human beings have been running, walking, hiking in the most nominal, minimalist footwear you can imagine for the history of human beings,” Steven mused.

I mean it’s true, right? Our ancestors managed to create civilizations complete with massive stone temples and shrines wearing only thin sandals, or nothing at all on their feet. So why are we fed these lies that in order to run safely, we need padding?

The simple answer? Marketing. Steven explained that what he calls “Big Shoe” is fueled primarily by money and recognition. “They’re all copycats,” Stephen says. Every time a shoe executive pushes a new sneaker idea, every other big shoe company follows suit. There’s a constant fear of falling behind and missing “the next big thing.”

The Birth of a Company

After the buzz of his first barefoot run wore off, Steven was left with a newfound inspiration to empower others to rediscover their feet. That’s how Xero Shoes was born. “All we’re doing, in a way, at Xero Shoes, is getting back to what people had been doing prior to the invention of the modern athletic shoe in the late 60s early 70s, for which there is zero evidence that it provides any benefit whatsoever”, Steven explains.

He bases his shoe designs on proven science. Much of which is based on the work of Dr. Irene Davis and her research on natural movement. Besides science, there’s a lot of common sense involved. I mean, think about it, really think about it. If we have so many bones, joints, ligaments and nerve endings in our feet, how on earth would it be helpful to cover all those up? Steven uses a simple analogy to expand on this.

“If you watch kids running, little kids, before they’ve been in regular shoes, in what we now think of as regular shoes, it’s amazing,” he says. “They have perfect running form. They land with their feet underneath their body. They’re not using too much energy, their body lean is just enough to move them forward.”

Our bodies know how to run! We don’t need to “teach” them. Or to wrap up our body’s anchors in cushioning in order to protect ourselves. It’s so counterproductive, folks! Not only are athletic shoes inhibiting us physically, but they can also prevent our brains from making connections with the world around us. I’m talking about neural pathways.

Our brain uses our senses to make connections and learn about the environment we’re surrounded by. These neural pathways can be changed, or even cut off entirely, if we stop using certain parts of our body. By wrapping our feet in layers of heavy cushioning, we’re essentially preventing our brains from learning about the ground under our feet.

“You just want to find as much variable stimulation as you possibly can, with whatever you’re doing,” Steven explains. 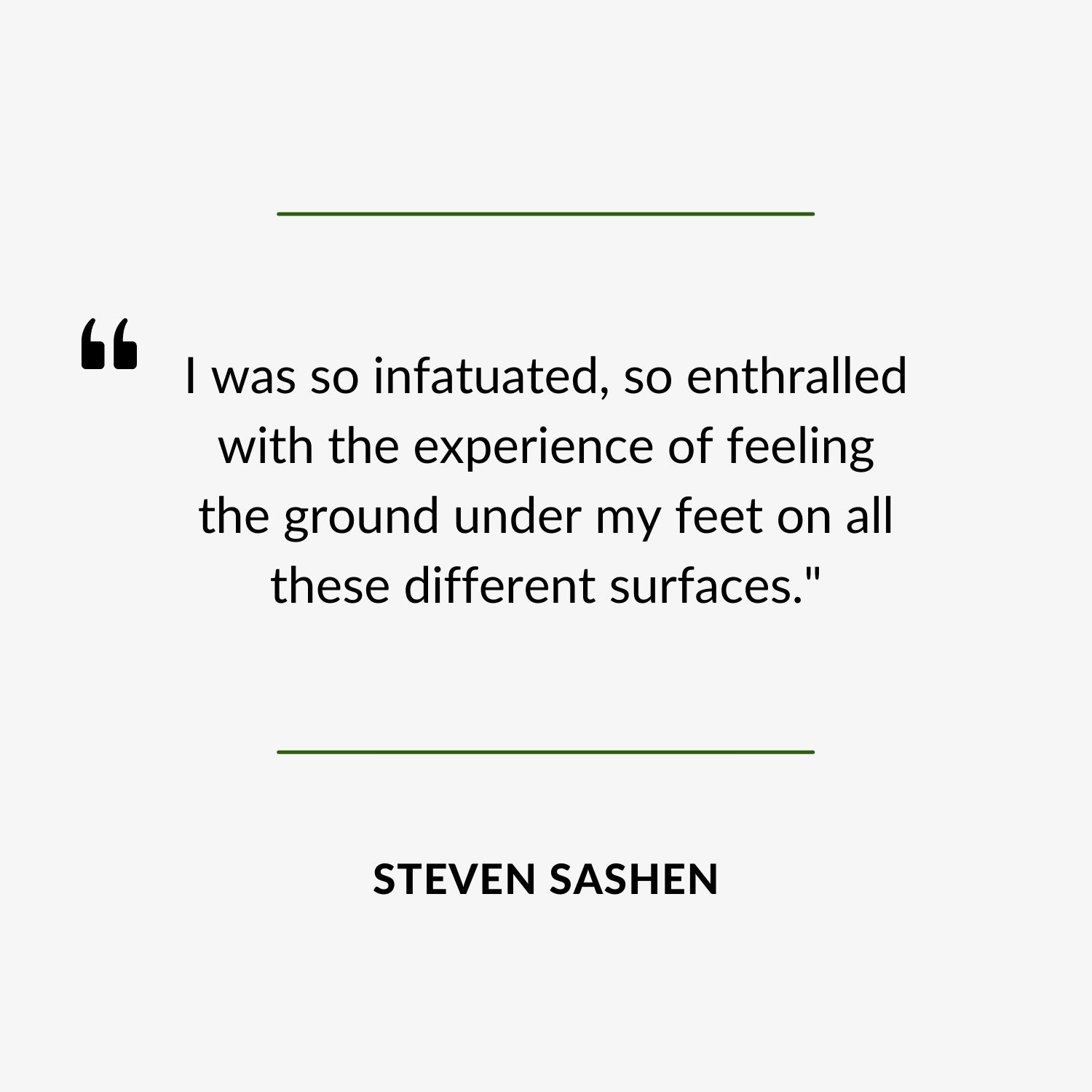 “So if you’re running, for example, rather than just running on a road, find a way to mix it up. Get on a trail. Make sure you’re on uneven surfaces or different kinds of surfaces. You want to give your brain and your body as much stimulation as you can from other angles, from other speeds, just whatever you can possibly find.”

Our brains need information. They soak it in 24 hours a day. By cutting off the stimulation to our feet that walking or running barefoot provides, we’re only preventing our bodies from making vital adjustments to the way we interact with the ground.

So, obviously, I realize you can’t walk around barefoot 24/7. That’s where Xero Shoes comes in! Steven wanted to recreate a barefoot experience, even when wearing shoes. What started as a DIY design for sandals has now grown into a complete line of shoes for every environment—all designed to allow your feet to interact naturally with the ground. As Steven says, it’s time to “Live Life Feet First.”