Can We Save the Planet? | Craig Leeson

05 Oct Can We Save the Planet? | Craig Leeson

Between the massive amount of plastic in our ocean, and the looming climate crisis, it can be hard to be hopeful about the future. Can we save the planet? Yes, but we have to start now– with small changes that make a big impact.

Craig Leeson has faced his fears to explore the climate crisis. It’s time we do the same. Can we save the planet? 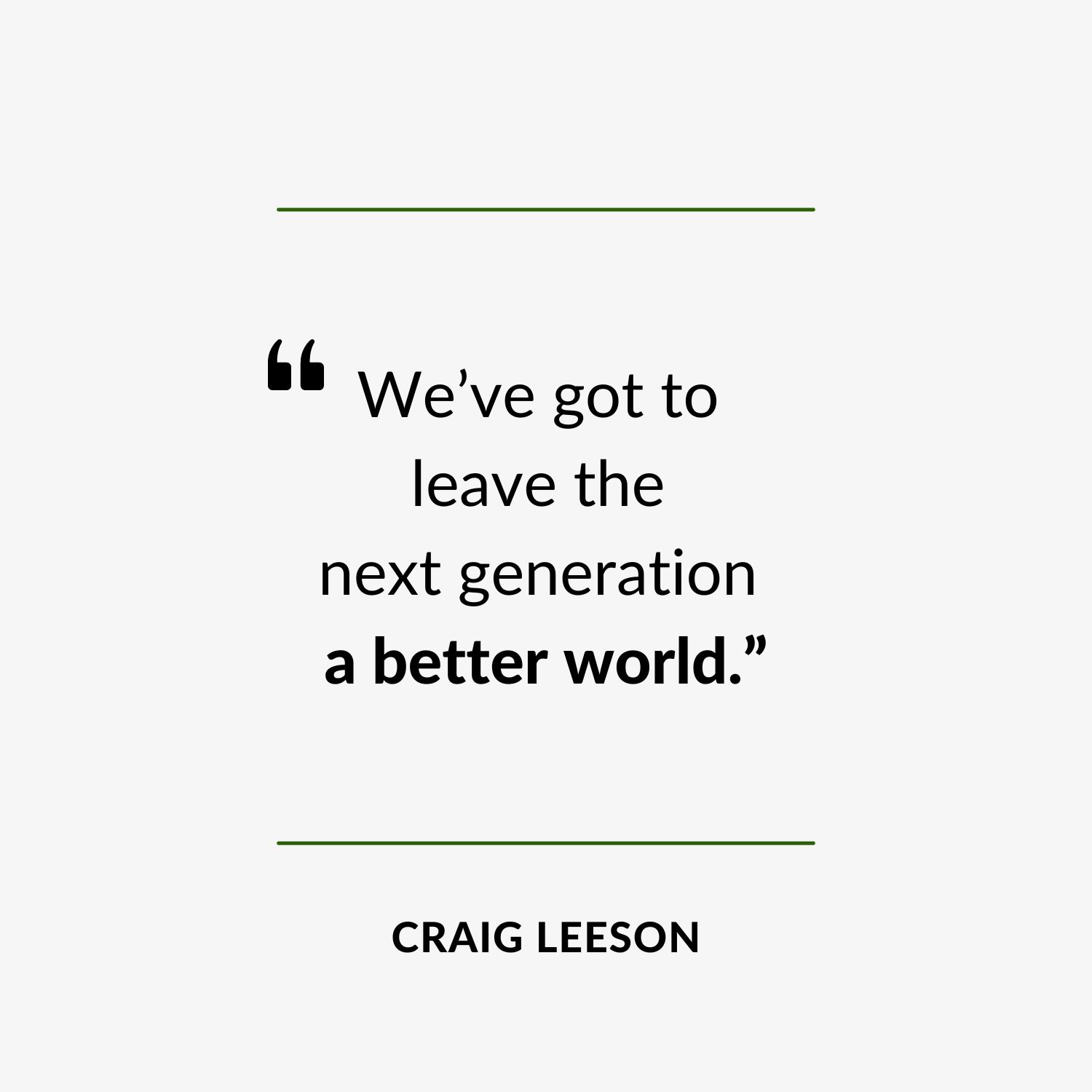 You may know Craig from the multi-award-winning documentary he made called A Plastic Ocean. His passion for our planet and the current climate crisis fuels his inspiring work. His latest project, which he wrote, directed, produced and narrated, The Last Glaciers will be released in IMAX theatres later this year. All of Craig’s work as a filmmaker, television presenter, and news correspondent has made him hyper-aware of the environmental problems we face. But instead of letting the fear take hold, he uses it to empower others for the role we all must play.

Craig doesn’t just sit on the disturbing knowledge he gains through his environmental projects. Like me, he feels it’s necessary to arm the younger generations with this knowledge, so they can spark change. It’s so easy to become overwhelmed– I know it. Instead, we must focus on the small things we can do today that can bring about big changes tomorrow.

Can we save the planet?

Something Craig and I both agree on is if anyone can save the planet it’s the young people. In this episode, he told how he makes films for young people to understand. His latest film is full of climate science. But it’s broken down so that even kids can understand it. Because we can’t change anything we don’t understand!

It drives me crazy when the climate crisis is politicized. Because it takes a very real problem and makes it easy to ignore it or use it as a ploy. The Last Glaciers puts the climate crisis in very real, visual terms. And makes it impossible to deny– whichever side of the aisle you’re on– that humans can either further contribute to the problem, or help solve it.

I love Craig’s passion. He doesn’t just spout science and grim statistics. He gives real solutions that everyday people can use. I always say, it’s the small changes that make a big impact. And Craig makes that philosophy part of his life’s work. I’m so inspired by this guy, and I can’t wait to see what he does next. So, can we save the planet? I think with more people like Craig showing us the way, yeah we can.

Watch the Trailer for The Last Glaciers

Barukas Nuts – Get 10% off your order of the best nuts on the planet with code DARINPOD10.

Every purchase helps end deforestation and supports the indigenous tribes of the region.