Should You Be Worried About EMF Exposure from Your Cell Phone?

01 Sep Should You Be Worried About EMF Exposure from Your Cell Phone?

Posted at 23:11h in Uncategorized by Ronsley Vaz 0 Comments

Today, the number of people that own a cell phone is at 4.78 billion. When you put that into percentages, we’re talking about almost 62% of the world’s population.

We love our phones so much that a 2019 survey found nearly 45% of us would rather give up sex for a whole year than part with it. But, having your beloved tech so close may not be good for your health.

So, should we be worried about EMF exposure?

You’ve probably heard whispers of a growing concern around Electromagnetic Fields (EMFs), or the threat of 5G taking over the planet. While you shouldn’t break out the doomsday placards just yet, there is still a rising cause for concern for how it affects our health. 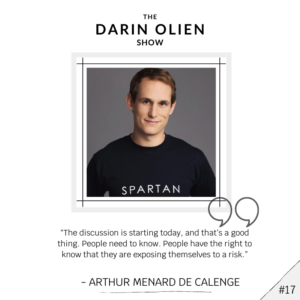 Okay, before we can move on, let’s look at what EMF’s are.

They’re a continuous field produced by electrically charged objects like cell phones. EMF likes to travel around in a wave-like pattern, at the speed of light. This propagation is called “Electromagnetic Radiation.”

But it’s not all man-made electro fields here; they can also occur naturally. Heck, even the sun puts out waves that create EMFs. But, it’s the tech-made EMFs we’re worried about. The ones transmitted by cell phones and WiFi aren’t so natural and can cause some health issues.

EMFs go into one of two boxes.

Box number one, which is your Low-level radiation category. This radiation is also known as non-ionizing radiation. It’s mild and thought not to be too harmful to you. These waves come out of appliances like microwave ovens, cellphones, WiFi routers, power lines, and MRIs.

High-level radiation, called ionizing radiation, sits in the second box. This radiation goes out in the form of ultraviolet rays, such as the sun or X-rays.

Are Cell Phones Harming Your Health?

When it comes to talking about EMF exposure, one can expect to get an eye-roll or two. It’s just a conspiracy theory, right?

Not quite. There are currently over 2,000 peer-reviewed studies on the subject. What’s become increasingly clear is that there is a correlation between prolonged cell phone use and multiple health issues. We’re talking about cancer, reduced fertility (especially the guys), and cardiovascular disease.

Arthur Menard is the innovative CEO and Co-Founder of Lambs– the creators of the world’s first radiation-proof garments. He’s here to put to rest a few myths.

There’s a ton of evidence on the cellular damage caused by non-ionizing radiation that can lead to cancer. The non-ionizing radiation interferes with your cell’s oxidative repair mechanisms. The EMF, therefore, creates oxidative stress, which in turn increases free radicals. And what we can see from multiple studies is that free radicals cause cancer.

“So, what happens is the permeability of your cells lessens, and your cells also send a signal to your body which is, ‘I’m under attack,” Arthur explains.

“Your body gets into fight or flight mode, which is essentially what happens when you’re sick,”

he continues. “Your immune system is not in check anymore. It’s trying to react to something.”

Do you keep your phone in your pants pocket? I wouldn’t if I were you. Sorry guys, but long-term exposure to cellphone radiation can lead to a massive decrease in sperm count. I’m talking up to 50% for those men who keep it there for more than four hours a day. Don’t believe me? Here’s a study that lays it all bare.

What Can We Do? 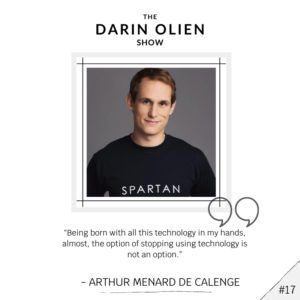 So, let’s get into the solutions, shall we?

If I were to say to you that fabric woven with silver may be the answer, I’m sure you’d tell me where to go. But Arthur has been doing just that, and it works.

The Lambs team has created multiple garments that block over 99% of cellphone and WiFi radiation. The clothes are inspired by the genius of NASA’s radiation busting spacesuits. Arthur deconstructed this technology and rebuilt it into a workable fabric called “WaveStopper Technology.”

It works by utilizing a conductive wire-mesh fabric made up of woven silver. EMFs can’t pass through holes in conductive materials that are smaller than their wavelength. So, when the radiation meets the wire-mesh, it’s reflected towards the outside instead of leaking through the material.

“We’re literally creating a new category of products,” Arthur explains. And to mark their fashion debut, they started with the humble boxer briefs. Because protecting the family jewels was undoubtedly an excellent place to start.

While the evidence is not 100% conclusive, there is mounting literature on how EMFs’ may affect our health. When the World Health Organization classifies electromagnetic fields as possibly carcinogenic to humans (Group 2B), then we need to take notice.

For the time being, be aware of EMFs and reduce your exposure. Put down the phone for a bit, take it out of your pants pocket and use preventative clothing if it will give you peace of mind.

For more on my conversation with Arthur, click here.