Getting a cancer diagnosis is terrifying. The only thing scarier than getting that kind of news is learning your only option for survival is chemotherapy. What if there’s another path to healing? After all, cancer isn’t something you fight, it’s something you heal.

Chris Wark beat cancer. But not the way his doctors said he needed to. 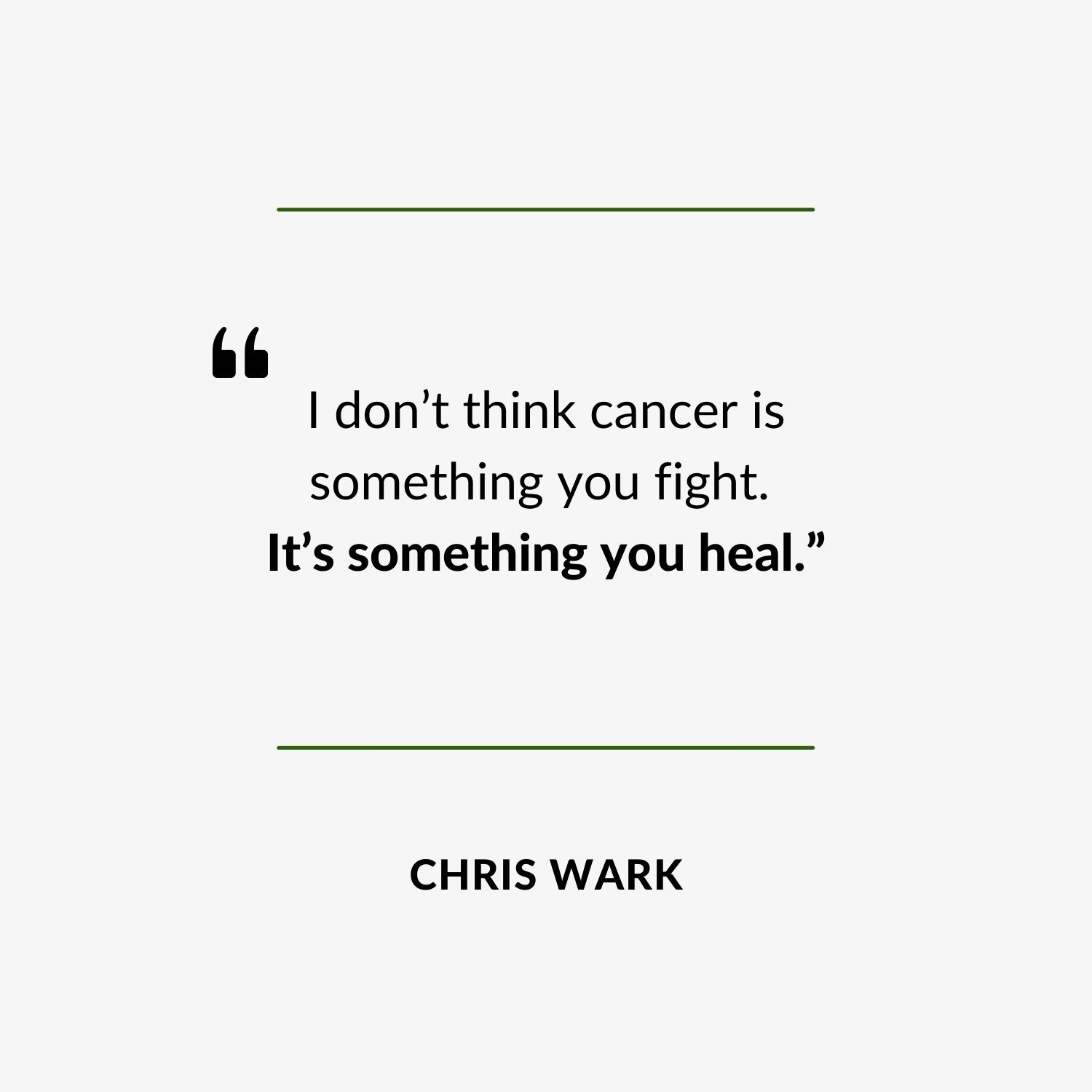 At the age of 26, Chris was diagnosed with Stage 3 colon cancer. After surgery to remove ⅓ of his large intestine, the doctors told him he needed chemotherapy to survive. He had already switched to a raw plant-based diet after the diagnosis. And now his gut told him to explore more alternative options for healing.

It’s now almost 20 years later and Chris is still cancer-free. He’s the best-selling author of books like Chris Beat Cancer: A Comprehensive Plan for Healing Naturally, Beat Cancer Daily: 365 Days of Inspiration, Encouragement, and Action Steps to Survive and Thrive, and his latest Beat Cancer Kitchen: Deliciously Simple Plant-Based Anticancer Recipes. Chris passionately advocates for cancer patients by educating them on the things doctors don’t disclose about chemotherapy. He’s now one of the most well-known cancer survivors on the planet. By podcasting, speaking and writing, Chris reaches millions of people each and every year. Because he knows so strongly that one person’s story can drastically change someone else’s story.

I’m not out to offend

anyone who has dealt with, is currently dealing with, or has lost a loved one to cancer. As Chris says, everyone’s body is different and everyone has a right to treat disease the way they feel is best for them. So we’re not having a dig at anyone who chooses chemotherapy for themselves- far from it. Chris wants to make sure people understand that chemo is indeed poison. And is poison really what your body needs when it’s trying to heal?

I loved Chris’ take on modern medicine framing cancer as a battle. We dove deep into that in this conversation. Because mindset is an important component to healing. And as Chris says, cancer isn’t something you fight, it’s something you heal. And once you’re in that healing mindset, and understand what your body needs to facilitate its own healing, it’s a game-changer!

A cancer diagnosis doesn’t have to set you on a predetermined path. You can take responsibility for your own healing. Chris is living proof of that! The modern approach to treatment is severely lacking in focus on nutrition and lifestyle. If you’re as frustrated by that as I am, you’ll love my conversation with Chris. If you want a better tomorrow, you have to start making better choices today. And that is especially true when it comes to your health.

I use The Good by Caldera Lab every night and wake up to smooth, firm skin every morning. This lightweight serum is made from 27 active, wild-harvested plant botanicals and is 100% cruelty-free and vegan. Get 20% off your first purchase with code DARIN.