What are the Laws of Nature? And How Can They Help Us Save the Planet?

29 Jun What are the Laws of Nature? And How Can They Help Us Save the Planet?

Does nature determine human fate? Not exactly. But it does play a key role in the future of our planet. If we paid more attention to the laws of nature, perhaps it would make our mission clearer– and give us a better idea on how to spark real change.

I sat down with Dr. Saleem H. Ali. Although he was born in Massachusetts, Saleem Ali grew up in Lahore, Pakistan until his college years. He received his Bachelor’s degree in Chemistry from Tufts University, followed by his Masters and Ph.D. degree in environmental policy and planning at Yale and MIT. He currently holds the Blue and Gold Distinguished Professorship in Geography and Spatial Sciences at the University of Delaware (USA) and is an Honorary Professor at the University of Queensland.

Dr. Ali has traveled to over 150 countries for his research on Earthly Order and environmental issues. And he has been chosen as a Young Global Leader by the World Economic Forum. He is a Fellow of the Royal Society of Art and the Royal Geographical Society in the United Kingdom. Saleem also serves on the boards of Adventure Scientists and Mediators Beyond Borders International. His upcoming book, Earthly Order: How Natural Laws Define Human Life reflects his global research and ever-expanding knowledge on the subject.

What are the Laws of Nature?

Scientifically speaking, there are seven laws of nature. They include the laws of Attraction, Polarity, Rhythm, Relativity, Cause and Effect, Gender/Gustation and Perpetual Transmutation of Energy. Now, I’m not going to get into each specific law, but for the sake of understanding Saleem’s concept of Earthy Order, they are important to understand. However, his basic message, and what he talked most about in our conversation is that we need to pay closer attention to nature, in order to positively affect human life.

What I interpreted him to mean, and something that drives me bonkers about the general environmentalist attitude is that by focusing on one “solution”, you may actually be contributing to the problem. Or as Saleem said, “You may be shutting your eyes to the bigger problems of the planet.” 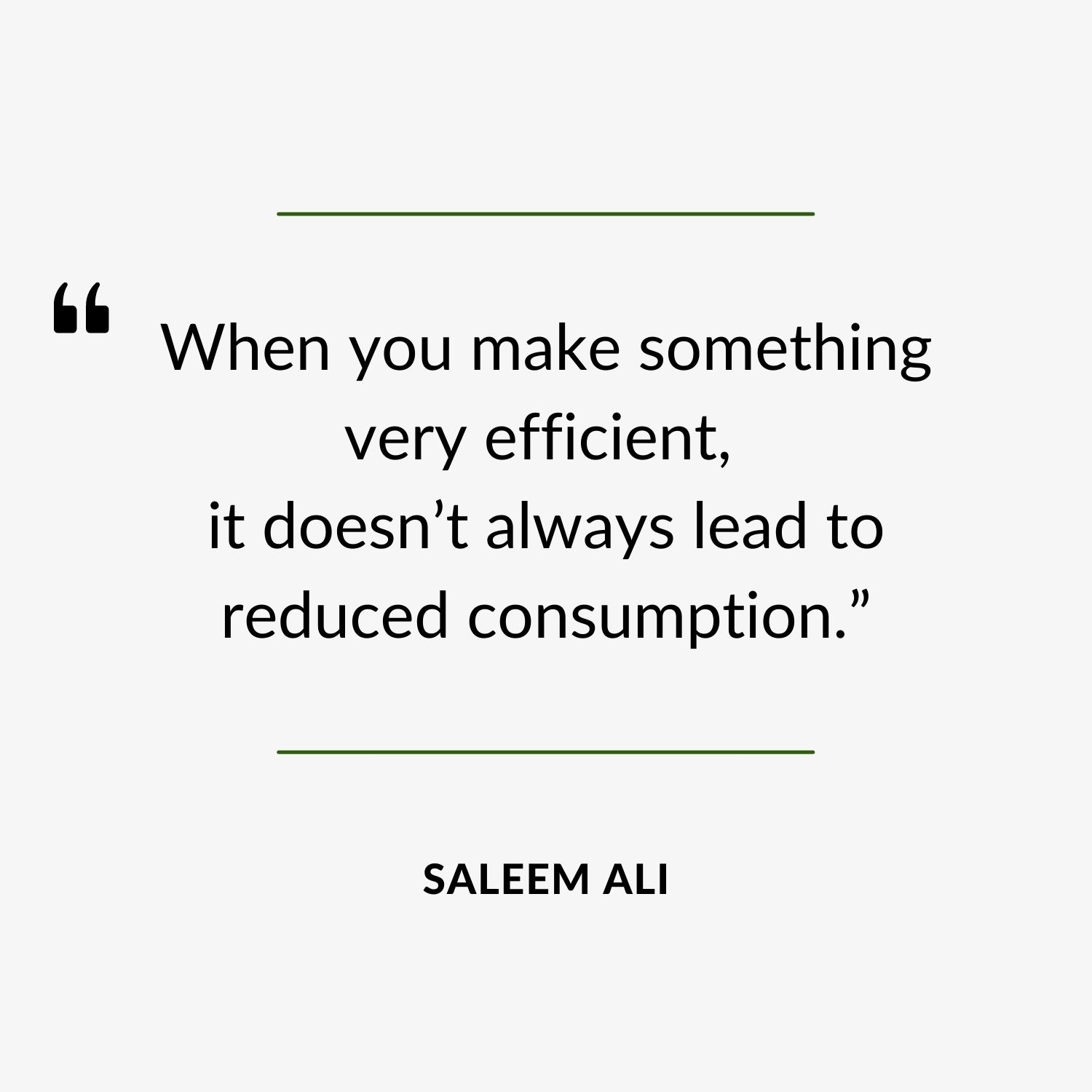 Exhibit A: Electric cars. I hear all the time, “Hey man, why are you driving around that huge truck? It’s a gas guzzler! You need to buy an electric car.” I’m sorry, but holding onto an older car, spending time and energy making it more fuel efficient and using alternate forms of fuel is better for the planet in my mind than buying an expensive electric car. In fact, Saleem made the point that, “When you make something very efficient, it doesn’t always lead to reduced consumption. When you make something very efficient, people think they can consume it more.” Just because you’re paying less for gas, doesn’t mean you’re necessarily saving the planet.

Products that claim to be efficient tend to have “the rebound effect” on consumers. Because a person thinks they’re using an efficient product, they actually increase their consumption. This essentially cancels out the positive environmental impact or instead creates a negative one. For example, if you have an energy efficient washing machine, you may think it’s ok to wash several small loads of laundry every week. When in fact, you may actually be using more water and more energy than if you would just wash one large load a week. This is the rebound effect. The environmentally friendly and energy-efficient labels can be very deceiving. We should instead be focusing on decreasing our consumption entirely.

Following the laws of nature can help us make more science-based decisions when it comes to solving the environmental problems of our time. So what does that look like? Saleem says, “Humanity has either tried to conquer or capitulate to natural order, whereas we should be seeking to understand latent structures and patterns that permeate all systems and develop an “earthly order,” that is socially functional and sustainable.”

Everything in nature has a pattern. Dr. Ali suggests we pay much closer attention to these patterns and use them to make our plans for environmental change. Of course, Saleem articulates this much better than I ever could, so I highly suggest listening to the full episode for more context. But the bottom line is, we need to closely follow nature in order to save our planet for humankind. We should never think of nature as the enemy– nature holds all the answers we need!

For more information, listen to