Could Sirtuins Increase Your Life & Slow Down The Aging Process?

24 Nov Could Sirtuins Increase Your Life & Slow Down The Aging Process?

Posted at 00:10h in Blogs by Ronsley Vaz 0 Comments

Aging. It’s a process in life that we’re all going through- right from the second we’re born. Although aging isn’t actually a disease, it does bring many risks. Alzheimer’s disease, heart disease, and cancer are just a few examples.

But what if everything we think we know about aging is about to change?

A few radical yet innovative scientists propose that aging may not be as inevitable as we once thought. Dr. David Sinclair is a Harvard Professor who is best known for his research on aging and lifespan extension. In 2014, he nabbed the title for one of the 100 “most influential people in the world” by TIME magazine.

In a recent episode of The Darin Olien Show, we started discussing redefining the process of aging with a massive spotlight on the roles of sirtuins, resveratrol, and NAD+. 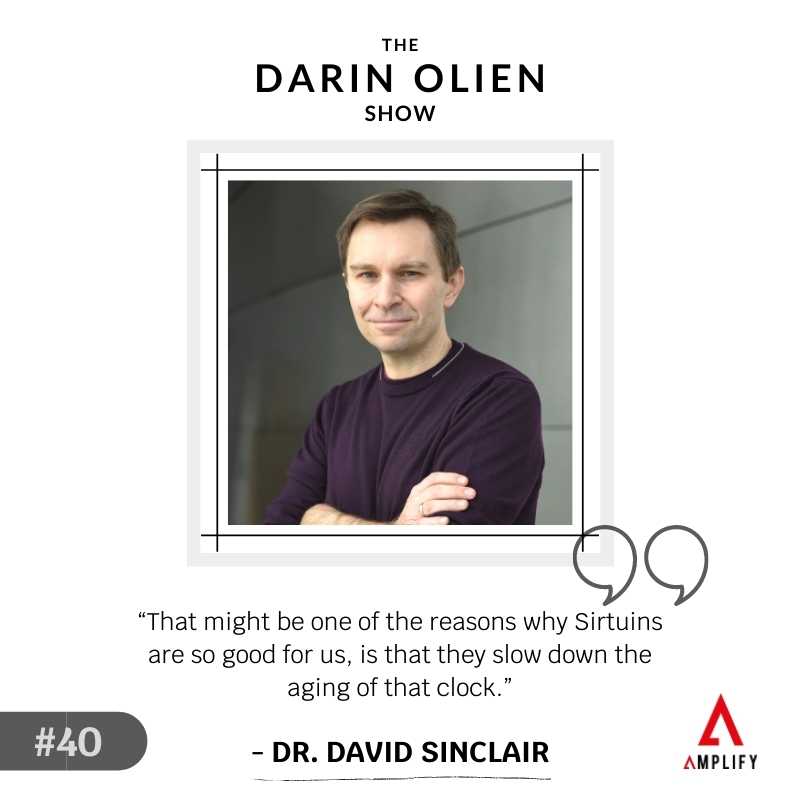 Since the early 1990s, scientists have managed to pinpoint at least one so-called “Longevity gene.” These age-controlling genes are present in almost every single lifeform on the planet. One group of these genes is known as sirtuins.

There are several sirtuins that an organism can have, ranging from SIRT-1 through to SIRT-7. For example, bacteria have one, yeasts have five, and humans have seven.

“Without them, the body doesn’t really know how to take care of themselves. That includes things like digest food well, process it, give the body energy, heal itself, even memory is controlled by these sirtuins.”

Fad diets are everywhere. But one that seems to have stuck, and is doing us some good, is intermittent fasting. For a while now, scientists have known that restricting your calorie intake can slow the aging process. This is because calorie restriction stimulates sirtuin activity.

Fasting is a type of biological stress for our bodies. “If we skip a meal or two, or even three, we know we’re not going to run out of food. But our bodies don’t know that,” says David.

“They’ve evolved to panic when we’re not getting enough food, and they turn on these defenses,” which in the short term can work wonders on the body.

One of the sirtuins’ top functions is autophagy. Think of autophagy as the process of cellular housekeeping. It’s the body’s way of cleaning out damaged cells to regenerate newer, healthier cells. During starvation, autophagy keeps the body going by using up and breaking down old, cellular junk to keep all the body’s necessary processes going.

Regarding sirtuins, “They’re quite bossy,” David chuckles. “They tell other proteins what to do. They don’t do the work themselves.” As they begin clearing out cellular waste, they leave in its wake a trail of health benefits.

While this all sounds like some kind of miracle, you have to remember that just skipping a few meals won’t permanently help your sirtuin. In fact, its activity declines by about 60% as you age.

So, what can we do to increase our sirtuin activity?

Studies are starting to show that your sirtuin levels will also increase when you boost your resveratrol intake. Resveratrol is part of a group of compounds called polyphenols, which are thought to act similarly to antioxidants.

“It is almost the gasoline or the fuel source for the sirtuins,”

David says. But, “it’s hard to get a lot of resveratrol into the body; it’s very insoluble.” While you can get a tiny amount from a glass or two of red wine, it still isn’t enough. Supplements may be the answer.

While the science behind it isn’t fully concrete, David thinks there is a healthy link there. “I take a gram of resveratrol with my morning yogurt every day. I’m still doing okay.”

Olive Oil Could Lead To Longevity

Do you occasionally drizzle olive oil over your salads? Well, if so, you could be helping bump up your sirtuin activity.

New research is showing that “Olive oil components, called oleic acid, which is a monounsaturated fatty acid, activates just the same way that resveratrol does.” There’s a protein that grabs the oleic acid and concentrates it by pushing it into SERT-1, therefore switching it on, and putting it into action.

Basically, those who consume a lot of olive oil could see many health benefits, including a better quality of life throughout their twilight years.

“Who knew that it was turning on the body’s defenses against adversity?” 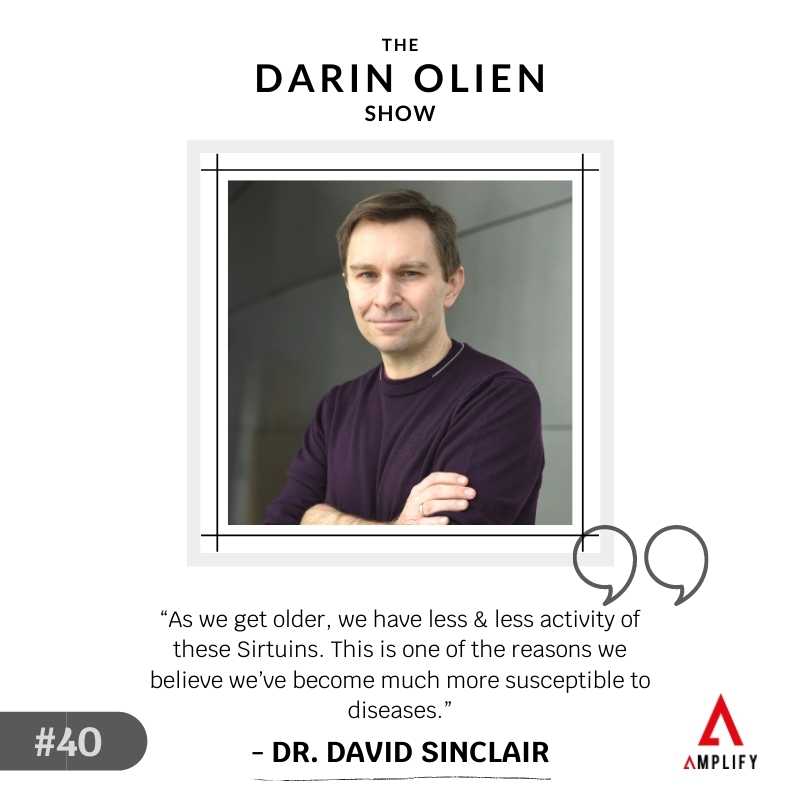 For sirtuins to get active, they need a molecule called nicotinamide adenine dinucleotide, or NAD for short. NAD+ are the cofactors (meaning “helper molecules”) for life, and the role these guys play in the anti-aging process is vital. “It’s a ubiquitous molecule. It’s in every form of life. It’s in every cell. And we need it for many chemical reactions,” says David. “Without NAD, we’re dead in about 30 seconds.”

Our bodies are always making more, but as we age, it makes less and less, so keeping a healthy stock is essential. “You can supplement precursors to NAD,” he explains.

According to current research, Nicotinamide riboside (an alternative to Vit B12) helps increase your NAD+ levels, which activates the sirtuins within your body.

“The Sirtuins need fuel. They don’t just work without it,” explains David.

When you hit 60, that shouldn’t be the point in your life where you decide to get healthy and try and reverse the clock. It would help if you considered making shifts and acting now. “Until we figure out how to reverse aging an entire body, that’s definitely a decade away; we have to do these things every day so that clock ticks slowly.”

Dr. Sinclair’s work surrounding sirtuins is continuously in motion. We still don’t know the exact mechanisms behind these fantastic molecules or how they fully function. But, with David’s dedication, maybe we will soon.

To hear more of this fascinating conversation, tune into Episode 40 of The Darin Olien Show, Dr. David Sinclair on The Secrets of Longevity Genes. Out NOW!