How Nasal Breathing Can Completely Transform Your Health

01 Dec How Nasal Breathing Can Completely Transform Your Health

We are a nation of mouth breathers. Well, a large portion of us is, anyway. And when I say mouth breather, I’m referring to people that breathe in and out of their mouth most of the time, sometimes unknowingly. This is not what the mouth is for. In fact, breathing through your mouth inhibits your lungs from doing their job properly. It can lead to all sorts of respiratory problems like asthma and sleep apnea. So, what’s the answer? Nasal breathing.

On a recent episode of The Darin Olien Show, I had the opportunity to sit down with the amazing Patrick McKeown. Patrick is a breathing advisor to Laird Hamilton’s XPT. He’s a Fellow of The Royal Society of Biology and has been published in medical journals worldwide. I’ve recommended his book, The Oxygen Advantage, more than any other book in the last few years. In this book,  Patrick explains specially formulated techniques he teaches to reduce breathlessness during exercise, increase oxygen to the brain, and improve sleep and concentration. I originally wanted Patrick in my Netflix series, Down to Earth. But, unfortunately, we had so much information to share, it didn’t end up in the final version. Thankfully, I have another platform to get his important knowledge to you guys. 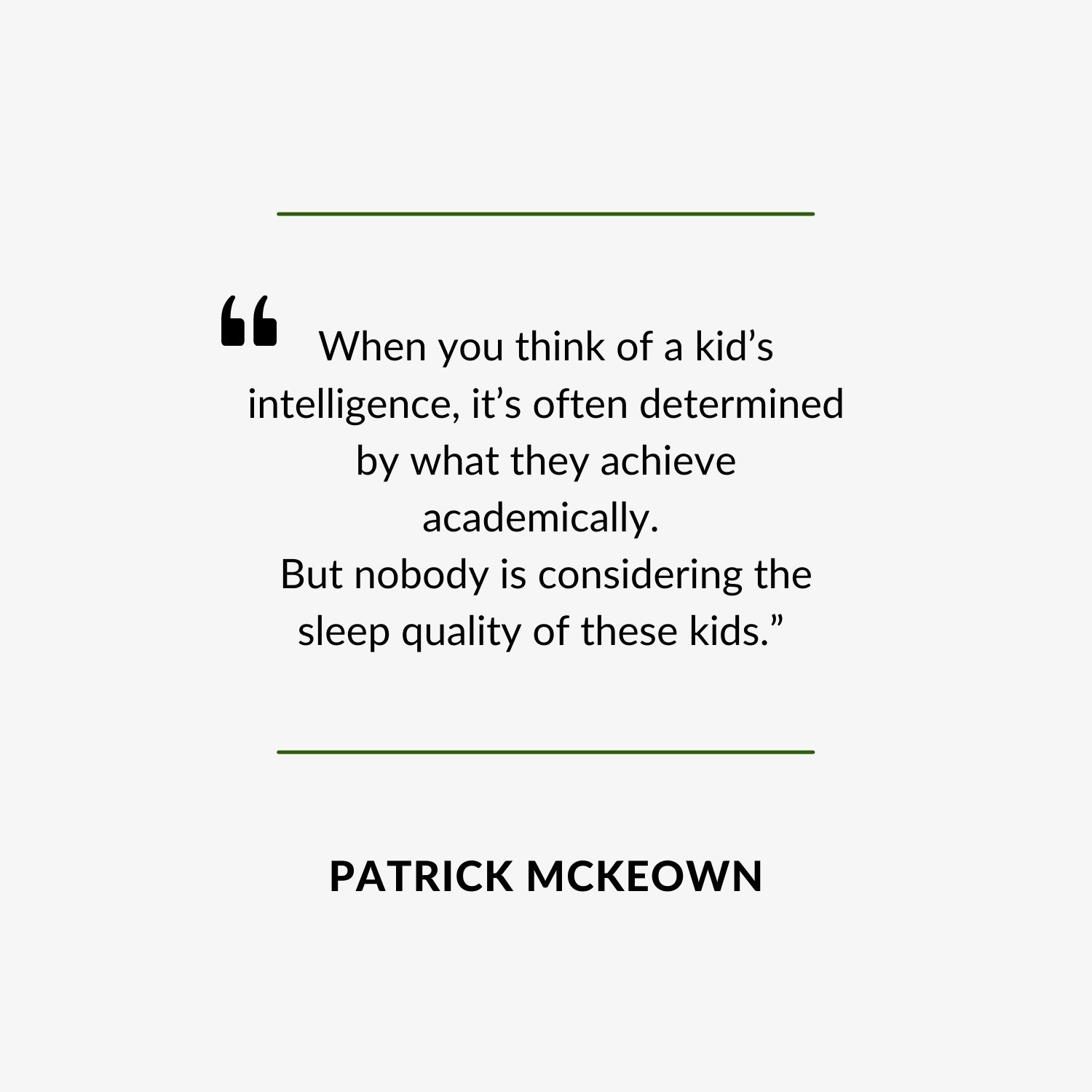 Patrick was a mouth breather as a kid. He didn’t know it at the time, but his inadequate breathing was causing his chronic bronchitis, asthma and sleep apnea. He recalls falling asleep in class, not being able to concentrate while studying, and just generally having a harder time with school than most of his peers.

His experience with health issues as a child fuels his passion to spread the word about nasal breathing today. Nasal breathing is exactly what it sounds like – when you breathe in and out through your nose, instead of your mouth.

Lack of Effort by the Medical Community

The thing is, no one is exploring breathing as a reason why these kids aren’t sleeping, or aren’t sleeping well. That needs to change.  “The whole field of sleep medicine, it needs to be approached from the point of view of an engineer looking at the diameter of a pipe,” says Patrick. “If you listen to somebody snoring, you know there is resistance there to the flow of breathing there.”

So why isn’t breathing a common part of any respiratory medicine? Isn’t it obvious? “The only reason that change has not happened is because of money,” Patrick says. “My honest opinion is that there’s no motive to make money from teaching breathing exercises.”

This is science, guys. Breathing through your nose changes the whole game. Patrick explains.

“When you’re breathing in through your nose, you are picking up a gas called nitric oxide. This gas is produced inside the nasal cavity. And the sinus is surrounding the nasal cavity.” He continues:

“When you breathe in through your nose, and you’re carrying that nitric oxide laden air into your lungs, nitric oxide helps redistribute the blood throughout the lungs. This in turn increases oxygen uptake in the blood by 10%.”

Patrick first felt the positive effects after taping his mouth one night and using a breathing strip on his nose. After a few nights, he began waking up feeling like a whole new person. For those curious about this approach, you can try his Myotape. This amazing product trains your body to breathe through your nose while sleeping.

During the day, you can make a conscious effort to breathe in and out through your nose, instead of your mouth. You’ll notice a change in your concentration, your mood, your stamina and your overall health.

For more of my fascinating conversation with Patrick, check out episode #42 of The Darin Olien Show, Patrick McKeown on Nasal Breathing for Optimal Health.