Being an entrepreneur of any kind means you’re going to have to get used to hearing no. However, if you make persistence part of your DNA, those big no’s will eventually lead to a giant yes that could change your life.

Doug Evans has been sprouting the seeds of persistence his entire life. 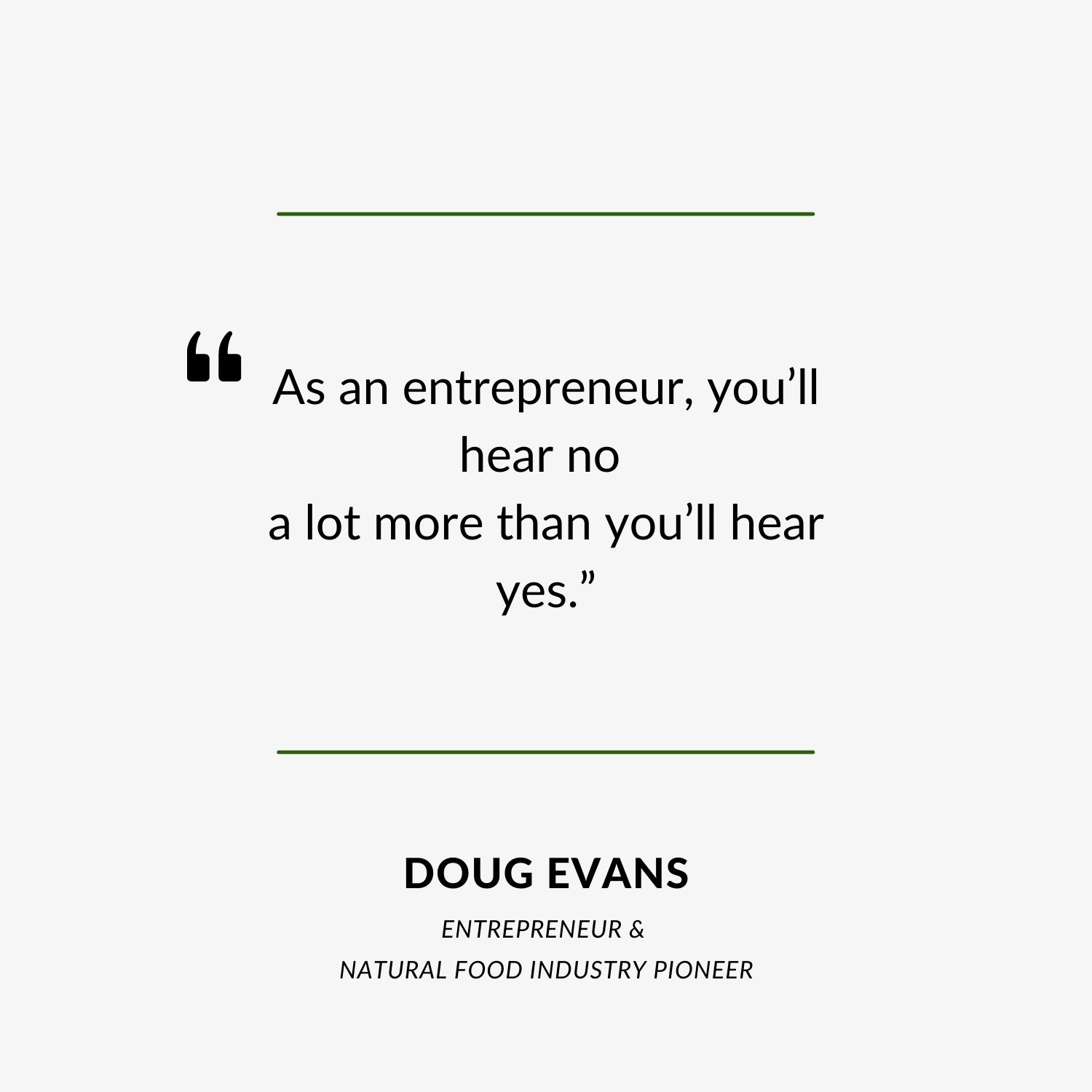 As an early pioneer in the natural food industry, Doug Evans co-founded Organic Avenue in 2002. It was one of the very first exclusively organic plant-based retail chains in America. Then, Doug created and founded Juicero, the first farm to glass automatic cold-press juicer. With every endeavor, Doug’s main goal is to bring more fresh, raw produce into peoples’ homes. Sure, not every venture was successful. But his persistence to stick to his values eventually paid off.

Today, Doug is a bit obsessed with sprouts. It’s something we have in common, and what brought him into my radar in the first place. Tucked away in the Mojave Desert at Wonder Valley Hot Springs, Doug is revolutionizing gardening and the grow-your-own-food movement. Having literally written the book on sprouts, The Sprout Book, he’s quite the expert on the subject.

If anything, sprouts show the persistence of the seed- to survive in limited circumstances and bring life. This metaphor isn’t lost on Doug, and you can clearly tell from the very start of our conversation that he is one deep dude. We haven’t known each other long, but he’s quickly becoming one of my favorite humans. This conversation was so insightful, and so entertaining!

We’re living in times of great uncertainty. So it’s the perfect time to pick up a life-affirming habit like growing sprouts. Doug not only thinks of sprouts as healthy plant food, but as medicine. And the science to back that up is pretty overwhelming. You can grow sprouts right in your own kitchen, with minimal supplies. And at pennies per pound, the most nutritional food on the planet is actually quite cheap as well. Think about how powerful this information could be! So not only do I admire Doug for his persistence, but I also think he’s doing something really amazing for humanity. I can’t wait for you to hear the rest of his story.

The Greatest Salesman in the World (the book Doug referenced)

Bite Toothpaste is aiming to rid the world of wasteful plastic tubes. And they’re doing so while creating clean, effective toothpaste that’s easy to use and tastes amazing. All products are non-toxic, vegan and cruelty-free. Try for 20% off your subscription with code DARIN.

Purchase my favorite superfood discovery, Barukas Nuts for 20% off with code DARIN. Each sale helps end the deforestation of Baruziero trees – and allows the native people of the land to make a sustainable living.