From Overweight to Badass Vegan on a Mission | John Lewis

No one sets out to become overweight. Sometimes obesity and sickness are consequences of circumstance. But once you know better, doing better is on you. It’s no one’s responsibility but your own to make better choices once the resources are available to you. This doesn’t mean you have to go vegan. But it does mean your food choices can be the difference between healthy and unhealthy.

John Lewis is a badass vegan. But he wasn’t always. 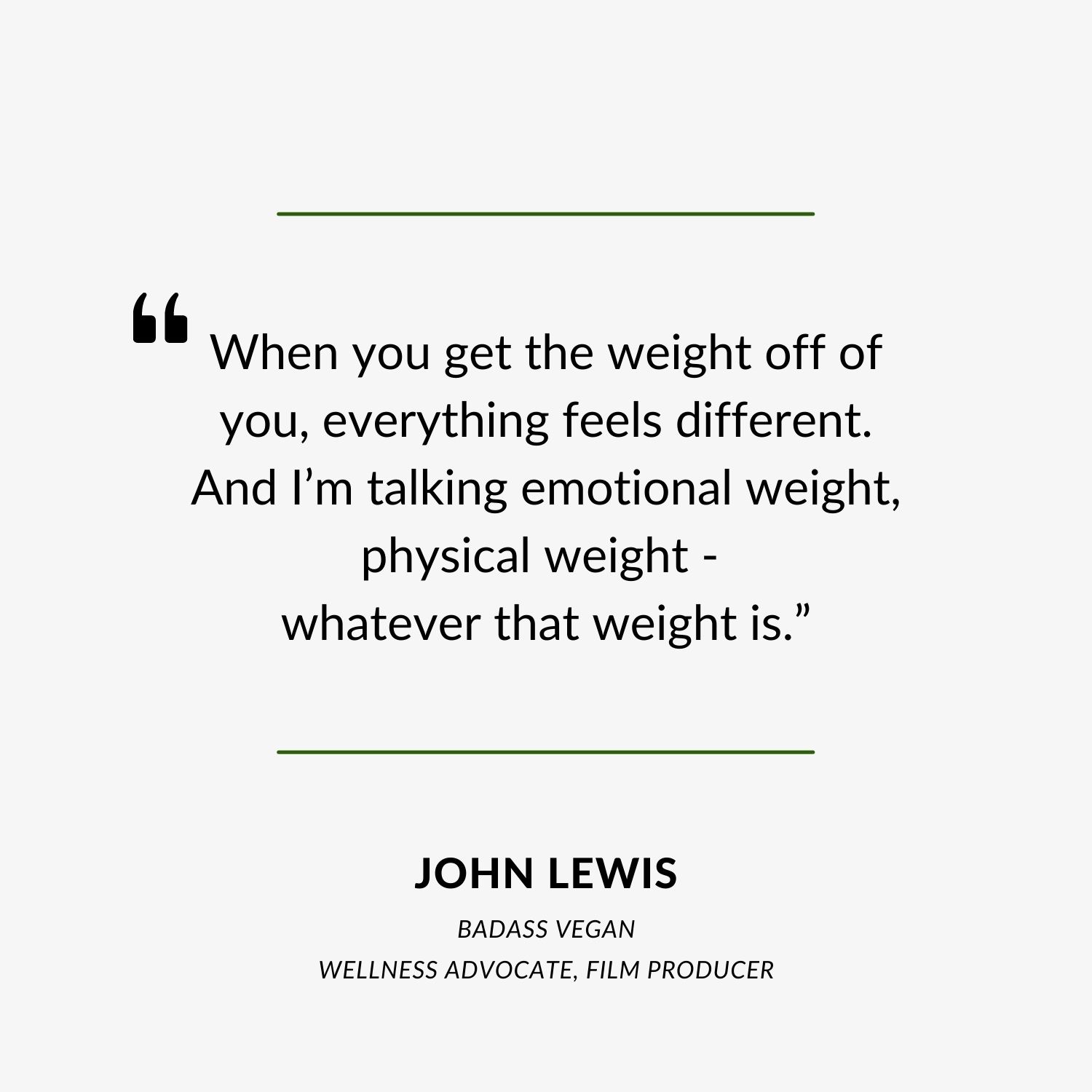 At 13 years old, John Lewis weighed in at 315 pounds. Although he, fortunately, wasn’t bullied or ridiculed for being overweight, he was still uncomfortable in his own body. But through being active and playing football and basketball in school, he lost the weight. His talent for sports got him a full-ride to Harris-Stowe State College and he later went on to get his MBA from Nova Southeastern University in Florida. Today, John is an international public speaker, serial entrepreneur and wellness advocate. As a vegan, he eats an entirely plant-based diet and encourages others to improve their own diets as well, as the first step to improving their health.

John eventually combined his love for health and fitness to form the company Bad Ass Vegan. Using this platform, he aims to educate people on plant-based nutrition. But just like me, when John began diving deeper into the research behind why our country is so collectively unhealthy, he was disturbed by what he found. His belief that “savagery is the best way to get your point across”, explains the title of his current project, the film They’re Trying to Kill Us. This eye-opening documentary, backed by names like Chris Paul and Billie Eilish, doesn’t sugarcoat the facts. It boldly explores social and food injustice through the lens of hip hop to shine the light on the shocking truth. By addressing food access, food deserts and nutritional and environmental racism, John and his team hope to open minds and change hearts.

This guy doesn’t mince words. He’s so honest, so open and just such a fun person to talk to. Our backgrounds and journeys may be different, but John is a kindred spirit. We both know the only way to open eyes in this messed-up world is to shine the light on the truth. And, also like me, he is working his vegan ass off to do that every day. We share the same mission – empower others to make smarter choices with their money, their food choices and their life. I can’t wait for you to hear what this badass vegan has to say.

They’re Trying to Kill Us

Say goodbye to wasteful plastic packaging and hello to convenient, eco-friendly, toxin-free tablets that keep your teeth clean and healthy with Bite Toothpaste. Try for 20% off with code DARIN.