Grief can really put your life into perspective. Faced with your own mortality, the things you really want clearly come into view. But then life happens. Sometimes the reasons we give for avoiding our goals are actually just excuses. What’s stopping you from walking towards your dreams?

Mike Posner had no excuses: he was walking across America no matter what. 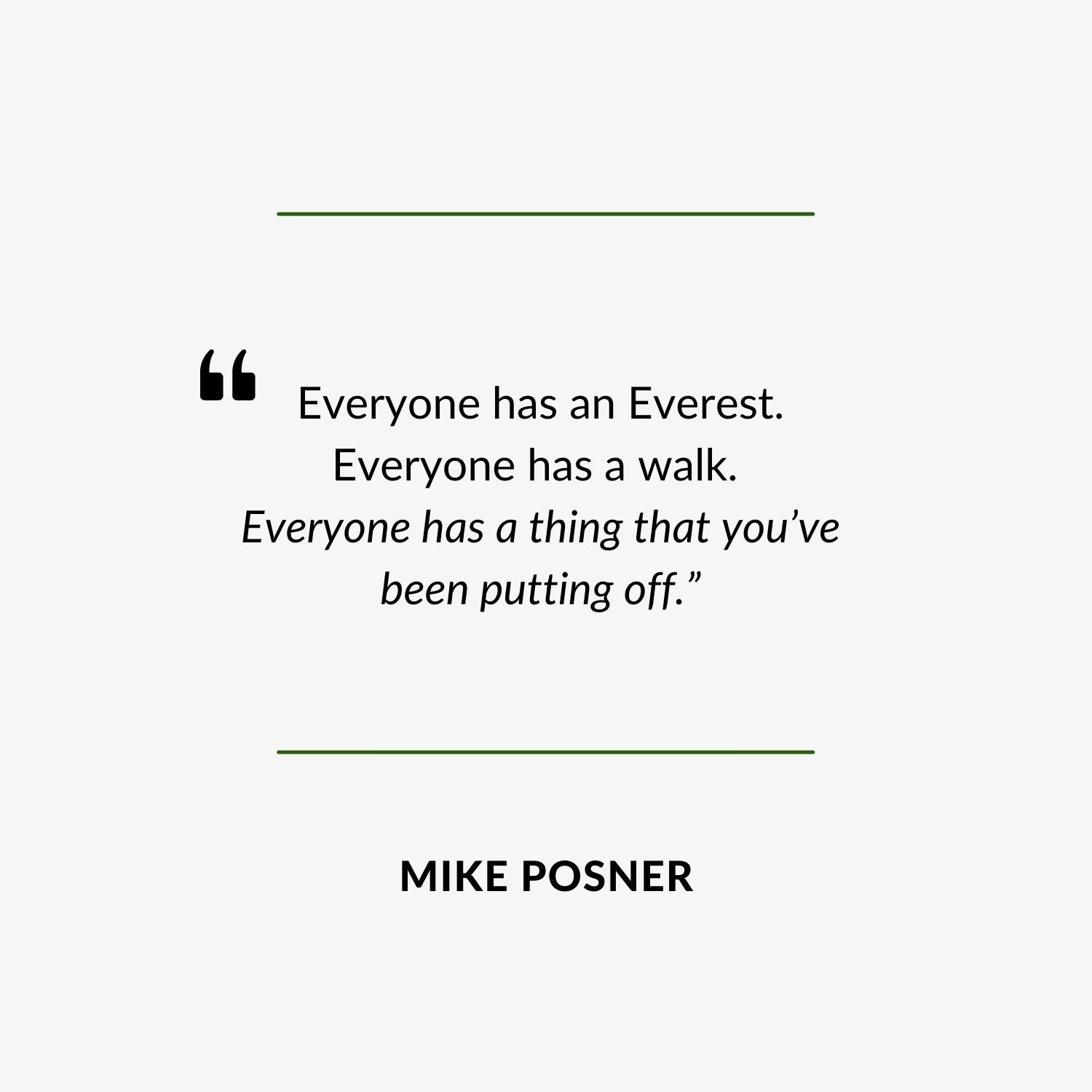 As a multi-platinum singer/songwriter and recording artist, Mike Posner is one of the world’s most recognizable voices. His 2016 mega-hit, “I Took a Pill in Ibiza,” made history as one of Spotify’s Top 10 Streamed Songs of All Time. It also earned Mike a 2017 Grammy nomination for “Song of the Year”. Not only does he create his own wildly popular music, but he also has penned and produced other artist’s hits like Justin Beiber’s “Boyfriend” and Maroon 5’s “Sugar.”

Music certainly was a focal point in Mike’s life. But when his father died after a sudden brain cancer diagnosis, he was faced with his own mortality. Mike wanted to live, not for his managers, not for his fans, but for himself. His years-long dream of walking across America loomed large in his head. Was he actually going to do it? Could he do it?

Spoiler alert: he did it!

Walking across America, from Asbury, NJ to Venice, CA was obviously not easy. In fact, a rattlesnake bite in Colorado almost killed him. But after healing, Mike kept walking. When he finally made it to the Pacific ocean, instead of feeling accomplishment, he felt possibility. After achieving his long-held dream of walking across America, what else was he capable of? Following the walk across America, after 18 months of training, Mike summited Mount Everest in May 2021 to raise funds for the Detroit Justice Center.

My new friend Mike came over, sat under my 300-year-old oak tree, and we had an inspiring conversation. We talked about the excuses we tell ourselves as to why we can’t do these “impossible” things we want to do. If walking across the country and climbing Mt. Everest seems like crazy dreams to you, I’ve got news- we all have our own Everest. And we all have reasons why we can’t climb it. It’s time to shut up those naysayers- in our lives and in our heads- and just go for it. And Mike is the perfect guy to inspire you to do so. Tomorrow is never promised, but we always have today.

Listen to Mike on Apple Music

Bite Toothpaste is aiming to rid the world of wasteful plastic tubes and harmful ingredients with their innovative products. Get 20% off of all their cruelty-free, safe, clean products with code DARIN